Prostate Cancer: What Every Guy Needs to Know | MedStar Health

Prostate Cancer: What Every Guy Needs to Know 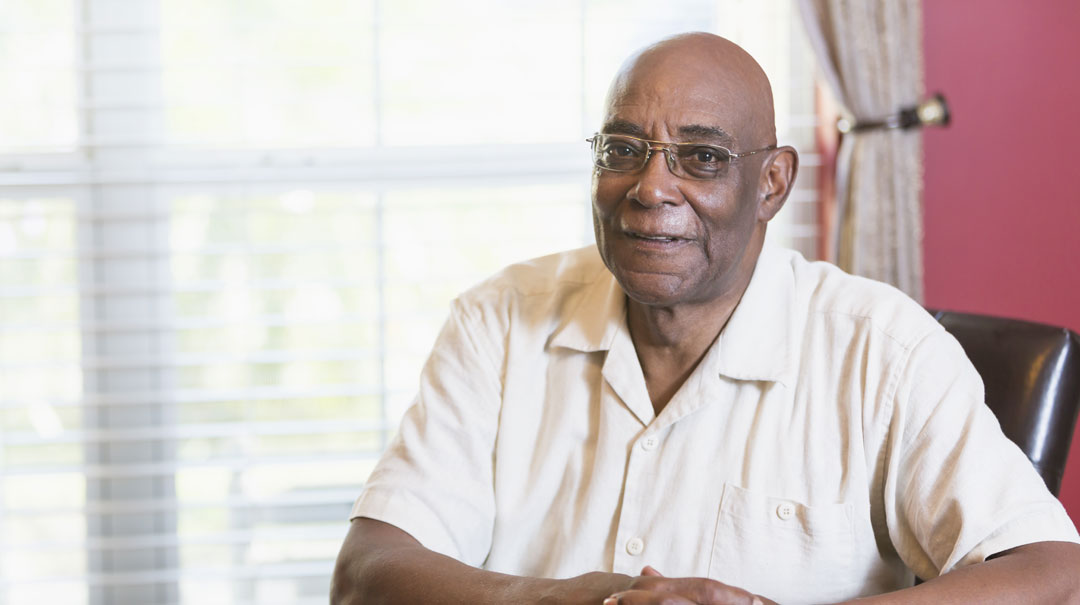 Prostate cancer is among the most common cancers in the United States, but also among the most survivable. Although it’s estimated that as many as 80 percent of men will develop it, most forms of the disease grow very slowly, are not problematic and are nonlethal. In fact, some men will never even know they have it.

But, because this cancer can become deadly for approximately two percent of the male population, it’s important for every man to talk with his healthcare provider about it—especially since the early-stage disease shows no symptoms.

Having that conversation is especially important for men in the District of Columbia, which has among the highest incidence of prostate cancer nationwide. This cancer affects about 138 men per 100,000 in the D.C. population. That’s higher than the national average of 104 per 100,000—and rivals the top four states of Delaware, Louisiana, Mississippi and New Jersey.

We don’t have clear indicators for why men in these areas are at higher risk, but it’s likely demographic. Because African American men are at a greater risk in general for this cancer, we see higher instances in places with large African American populations.

Exactly What Is the Prostate?

As part of the male reproductive system, its main job is to secrete fluids that help transport sperm during ejaculation. A healthy prostate is about the size of a walnut and completely surrounds the urethra, the tube that passes urine from the bladder during urination.

As men age, it’s common for the prostate to enlarge, squeezing the urethra and causing low urine flow, urgency, frequent urination and incomplete emptying. That’s known as benign prostate hyperplasia, or BPH. Cancer and BPH are distinct diseases. BPH alone does not increase the risk of cancer.

In the early stages, cancer of the prostate shows no symptoms, confusing many men who assume it would interfere with urination, as BPH does. That can happen in the late stages, but it’s rare early on. I like to describe the prostate as being like an olive, with a pit. BPH occurs when the central core, the pit, grows to abnormal size. Cancer, on the other hand, tends to be found in the outer, fleshy section and behaves differently than BPH.

With prostate cancer, we tailor screening and monitoring to each patient. To understand the potential risk and plan for a healthy future, have a discussion with your doctor. https://bit.ly/2QXy9S5 @RossKrasnow @MedStarWHC

We tailor screening and monitoring to each patient—there’s no one-size-fits-all. That’s why it’s so important to talk one-on-one with your doctor to assess important risk factors, including:

Unlike other cancers, there are few known direct links to lifestyle or other diseases with this one. For example, we know conclusively that smoking causes lung cancer. But we don’t have as clear a picture when it comes to the prostate. Diet alone has not been implicated, nor have vitamin E, selenium, lycopene and other factors that get attention in popular media.

However, we do have compelling evidence that metabolic syndrome can contribute. A byproduct of our Western lifestyle, the term describes a collection of risk factors—belly fat and unhealthy cholesterol—that can lead to cardiovascular disease, diabetes and other disorders. Men with metabolic syndrome are nearly two times more likely to develop prostate cancer compared to healthier men.

Unlike cancers with more definitive causes, prevention isn’t straightforward either. But I encourage all my patients to maintain a healthy lifestyle with good nutrition and exercise, to control weight, cholesterol and blood pressure. The resulting benefits for prostate health and beyond are many and very well documented.

Prostate cancer is a disease that most men will get if they live long enough. But, in the vast majority of cases, it is not ultimately the cause of death. So screening and treatment protocols have changed dramatically in recent years.

At MedStar Washington Hospital Center, we follow the latest guidelines from the American Cancer Society, the American Urological Society and others. We are very careful to reserve aggressive screening and intervention for men at the highest risk and for cases that are truly life-threatening. Screening priority depends on the age of the patient—we are more aggressive with patients aged 55–69 and less so for those over 70.

The most common screening is the prostate-specific antigen—or PSA—blood test. It’s important to understand that the PSA is not a cancer test, as cancer is just one condition that can cause elevated PSA. Elevated PSA can also result from enlargement, infection and inflammation.

The digital rectal physical exam also does not detect cancer directly, but it’s important for other reasons and definitely recommended for men as they age. We also look for biomarkers in blood and urine that can help bring the condition into focus.

Later-stage symptoms can indicate if the disease has spread—typically to the bones and lymph nodes. Symptoms can include back and bone pain, blood in the urine, fever, chills, night sweats and weight loss, especially when it comes on suddenly. If we see a patient with one or more significant risk factors or symptoms, we approach it more aggressively, including biopsy.

As in other parts of the body, cancer in the prostate happens when cells go rogue and multiply at an abnormal rate. During a biopsy, we use a needle to harvest a small amount of tissue for laboratory analysis. This is the definitive test—observing those cells under the microscope to determine if they are cancerous and life-threatening.

Although biopsy is low risk, it’s not without risk. We are always careful to use it sparingly, when all the other indicators align. MedStar Washington Hospital Center and MedStar Georgetown University Hospital are the only hospitals in the region applying the most advanced biopsy techniques (such as transperineal biopsy) to limit risk to the patient from the procedure itself.

Biopsy is quick and typically performed in the office using local anesthesia. We use rectal ultrasound to locate and visualize the biopsy site, since the prostate is very close by. For decades, the needle was passed through the wall of the rectum, but that can seed the prostate with bacteria and cause a potentially life-threatening infection. With the improved transperineal technique, the needle is passed through the perineum, the skin at the base of the scrotum. Fewer bacteria are present on skin, and sterilizing it is much more effective, nearly eliminating the risk of infection.

Like diagnosis, treatment varies depending on age and risk. Because most men with the disease are likely to pass away from other causes, prostate cancer can often be monitored.

Active surveillance is the most common strategy. We keep an eye on indicators, watch the PSA level and, on occasion, repeat the biopsy. If the disease isn’t progressing, it can be monitored indefinitely, without further intervention.

With radiotherapy, we focus photons on the cancer cells to kill them or slow their growth by damaging their DNA. Traditional radiation is administered every weekday for 40 days. But at MedStar Washington Hospital Center, we use much more advanced treatments that safely deliver more radiation in less time, achieving similar results in as little as five days. We can also target diseased areas of the gland, limiting exposure to healthy parts.

When surgery is found to be the right option, we use leading-edge, minimally invasive robotic surgery to remove the prostate. Robotic surgery can limit the hospital stay, usually to just one night, with less risk of urinary side effects. MedStar Washington Hospital Center and MedStar Georgetown University Hospital specialize in the technique of a “retzius-sparing” robotic prostatectomy, which expedites the recovery of urinary control.

Side effects are not uncommon after treatment. The prostate is very close to the urethra and the nerves affecting sexual function, so the most common post-treatment problems are erectile dysfunction and urinary incontinence. This is why we are so careful in treatment planning, as both these conditions have significant lifestyle implications. We also have very sophisticated and effective treatments for the side effects that can improve function once the cancer is taken care of.

Prostate care is a lot more effective than it was decades ago. We are one of the highest-volume centers in the region for prostate screenings and treatments. We use the newest, evidence-based techniques and protocols. And—most importantly—we have the experience to assess each man’s unique needs, risks and circumstances safely and accurately.

We consider each patient to be a key member of the healthcare team. Working closely with you and your family, we make the best decisions for good health, together.

Time for a prostate check?

Our experts are here to help.