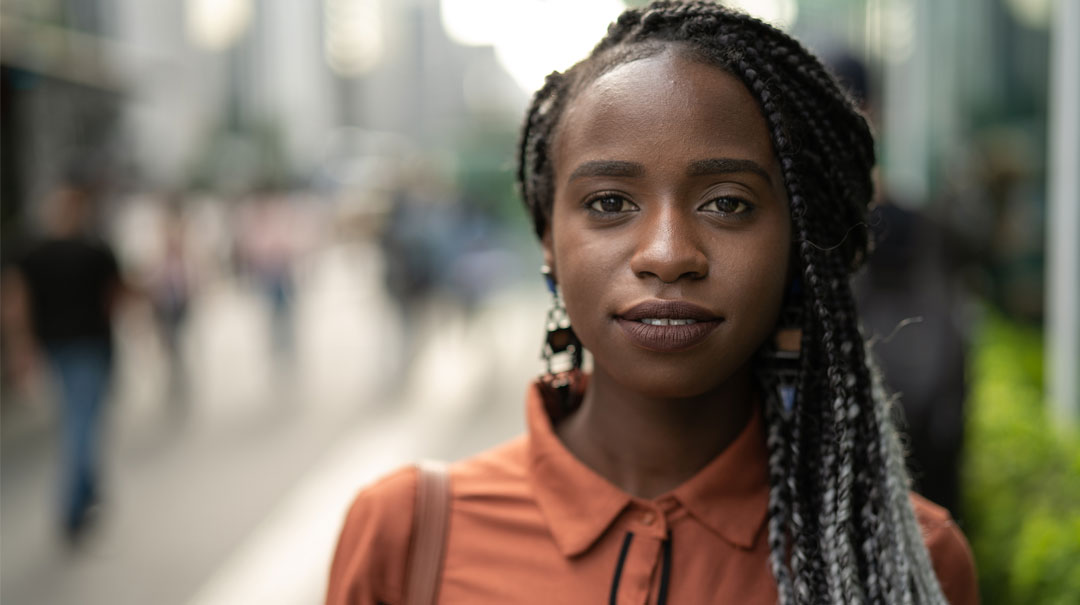 Are you familiar with Sickle Cell Anemia (SCA), a serious genetic blood disorder that is caused when the sickle trait is passed from both parents to a child?  Some individuals inherit a sickle trait from one parent and another trait such as hemoglobin C or thalassemia from the other, causing Hb SC disease and hemoglobin S-thalassemia. Together, this group of diseases where two abnormal traits are inherited is referred to as the sickle cell diseases (SCD).

The precipitation of the hemoglobin in SCD causes red blood cells to become misshapen, impairing their ability to transit the blood vessel and deliver oxygen to tissues.  This is called vaso occlusion and can give rise to severe pain attacks.

Unfortunately, for decades, this debilitating and life-altering group of blood disorders was considered to be benign, implying that it was not a serious threat to affected individuals. Today, we know that it is. SCD can harm both children and adults, causing severe pain throughout the body, and can lead to damage of every organ and a significantly shortened lifespan.

The National Institutes of Health (NIH) estimates that more than 2 million U.S. residents carry the genetic mutation, with more than 100,000 actively living with the disease. Those affected are predominantly of African descent; and about one in 365 Black children are born with some form of the disease. A smaller percentage of affected patients are of Hispanic, southern European, Middle Eastern, or Asian Indian descent.

Sickle cell disease can be serious and debilitating, and treatment can be challenging. But we can help prevent this disorder. Dr. Hedy Smith explains. https://bit.ly/33CurDM via @MedStarWHC

Most people who carry a single copy of the sickle gene—the sickle cell trait—will not develop symptoms of the disorder and may never know that they are carriers.

However, when both parents carry the sickle trait, their children have a 50 percent chance of inheriting the trait, and a 25 percent chance of developing sickle cell anemia (SCA).  Interestingly, SCA causes a broad spectrum of symptoms in our patients—no two cases are alike, and we must therefore individualize disease treatment and management.

SCD is, unfortunately, on the rise. The most effective way to reduce its incidence is by preventing genetic transmission. Public awareness of sickle cell disease and education about testing for a hemoglobin trait are critical to help reduce the incidence of the disease.

The presence of the hemoglobin variants, such as the sickle hemoglobin, can be determined by a simple blood test called a hemoglobin electrophoresis, and most states require sickle cell testing for pregnant women and newborns. But, by the time we see many young women who carry the trait, they are already pregnant or have children, and we rarely get the opportunity to counsel their partners. To prevent the abnormal sickle gene from being passed to offspring, we must intervene earlier, help people understand the danger of this disorder, and encourage testing for the hemoglobin gene traits in at-risk ethnic groups.

Individuals affected by SCD experience episodes of acute, sudden onset pain—known as pain crises—for which they commonly require hospitalization. Pain can occur when the misshapen red sickle cells obstruct the blood vessels, causing bone pains, commonly in the legs, back, arms, and chest.

SCD patients are also prone to develop chronic pain that we believe is due to nerve damage and inflammation. Pain levels or scores are unique to each patient and can vary in intensity and duration. There is no cure for this and management is complicated. Chronic pain is the most common cause of poor quality of life in sickle patients.

The abnormal blood cells can place every major organ at risk of injury and disease. As the patient ages, he or she may experience systemic organ failure—not unlike what happens with uncontrolled diabetes. Sickle cell organ disease can include stroke, retinopathy, heart, lung, and kidney disease. Blood clots, especially to the vessels of the lungs (pulmonary embolus) are also common in SCD and we are beginning to appreciate a high incidence of cognitive deficits in our patients, with some developing early dementia. Priapism (sustained painful erection of the penis) is seen in young males and can lead to sexual dysfunction; other complications include leg ulcerations and gallstones.

While normal red cells survive for up to four months, sickle cells survive only 15 or 20 days, causing individuals with sickle cell disease to have anemia or low hemoglobin count. While normal hemoglobin molecules are very adept at switching conformation when carrying oxygen versus releasing it to tissues, sickle cells do not perform this function well. This is when polymerization of the hemoglobin can occur, with change in the red blood cell shape that can lead to the obstruction of the blood vessel and blood flow. The blockage can cause severe, debilitating pain and other complications in the lungs and other organs.

We are very aggressive with sickle cell crisis treatment and pain management. Experience has shown that relieving the patient’s pain as quickly as possible can prevent additional, sometimes life-threatening, complications. Our Cancer Infusion Center and Emergency Department are well equipped to deliver the prompt attention that acutely ill patients need. We are also able to give patients red cell transfusions if needed in our infusion center.

In addition, we routinely screen our patients in the outpatient clinic for organ complications of SCD and administer preventative vaccinations because we recognize that sickle patients are at high risk for pneumonia, urinary tract, and other infections.

Since the late 1990s, drug therapy for SCD patients has been focused on hydroxyurea (HU), which can reduce the number and severity of pain and organ crisis in some patients. HU also improves patient mortality. New drugs approved in 2019, Oxbryta® and Adakveo® can modify the disease by preventing the sickle hemoglobin from polymerizing and the RBCs from sticking to the blood vessel lining, respectively. The drug L-Glutamine (Endari), approved in 2017, makes sickle red cells less susceptible to oxidant damage.

Treatment of SCD has evolved to include bone marrow transplantation. In years past, a bone marrow donor needed to be an exact match with the patient—requiring a relative with the same genetic profile. Today, we see promise in the ability to use donors that are half-matched, known as haploidentical transplantation. This is very good news, as it may substantially increase the number of potential donors for patients.

Another very exciting area of research is in gene therapy, in which the editing and repair of the faulty sickle disease gene, or the silencing of other genes that can attenuate the effects of the sickle gene, begins to address the root cause of sickle cell disease.

Although many great strides have been made, much work remains. Sickle cell disease strikes young people, often in their 20s. It is a life-long struggle with enormous cost to society, not just in terms of the high economic cost of medical treatment, but also in lost productivity of young people who experience interruptions in work and school.

Many organizations advocate for patients who suffer because of health care disparities. But compared with other diseases, significantly fewer research dollars are allocated to sickle cell disease. Public health awareness, disease education, and access to genetic counseling could significantly reduce the spread of SCD and are as important as finding a disease cure.

COVID-19 infections can trigger pain events and temporarily worsen disease symptoms and complications. SCD patients also have a higher risk of death from the SARS CoV-2 coronavirus, similar to that seen with obesity, diabetes, and hypertension.

At any time, not just during a pandemic, prompt medical attention is critical to managing complications of sickle cell disease—especially during a sickle cell crisis. If you have SCD, always stay connected with your health care provider or specialist. This is not a disease you can manage alone if pain or other symptoms become severe, so it’s important to get to the hospital quickly during any crisis.

And if you are of African or Hispanic descent and are unsure about your potential for SCD, consider having a conversation with your general practitioner about any potential risk—particularly if you would like to start a family. This is truly the key to getting rid of sickle cell disease in the population—and giving children who are yet to be born the chance to avoid the complications of a disease that causes pain, suffering, and decreased life expectancy.

Our hematology team can help.