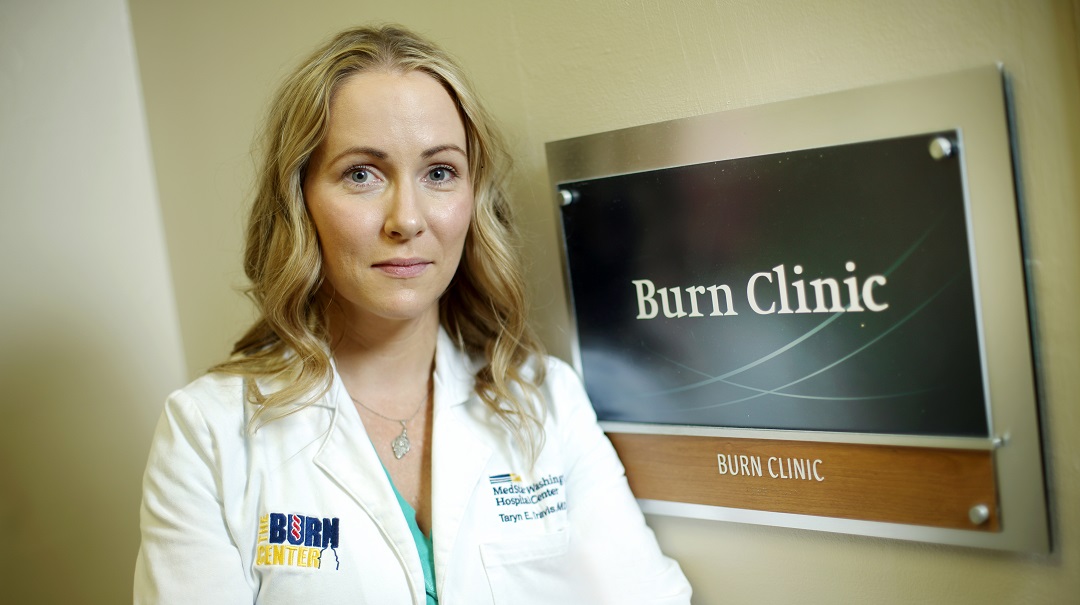 When someone comes into the emergency department (ED) with major burns over a large area of their body, it’s obvious that they need immediate medical attention. However, smoke inhalation—though less obvious to detect—is just as dangerous.

People who breathe in smoke during a fire can have life-threatening consequences even if they have no other injuries. As the National Fire Protection Association notes, twice as many people die from smoke inhalation in fires than from burns. Fortunately, people who live in the D.C. area can turn to the specialists at our regional Burn Center, the only adult burn treatment facility in the Washington metropolitan area, for quick recognition and treatment of smoke inhalation.

#Smokeinhalation in fires kills twice as many people as #burns, according to @NFPA. If you’re ever in a fire, get out right away to save your life. https://bit.ly/2WhKuBk via @MedStarWHC

Who’s at Risk for Smoke Inhalation?

A typical patient with smoke inhalation is someone who’s been trapped in a closed-space fire, such as in a home or vehicle fire. Fire consumes oxygen for fuel, and as a fire grows, less oxygen is left for the person to breathe.

Along with inhaling smoky air, the patient may breathe in harmful, noxious chemicals from items burned in the fire’s path, such as carpet, curtains, and furniture. Some of the many chemicals that can be found in the smoke of a house fire include:

This poisonous smoke can make the victim feel lightheaded, dizzy, or disoriented, making it harder for them to escape. If a person faints or falls unconscious, they will continue to breathe in the harmful smoke, which only compounds its effects. If you are ever in a fire, make every effort to get out right away. Even if you are not close to the flames, the smoke can cause serious or even fatal injuries on its own.

How Smoke Inhalation Affects the Body

The poisonous chemicals in smoke can damage a person’s airway and lungs, as well as reduce the amount of oxygen available to the body. A person may develop carbon monoxide poisoning, cyanide poisoning, or complications of exposure to another harmful chemicals from the smoke.

Smoke inhalation’s symptoms aren’t as obvious as those of a major burn, so many people think they are fine as long as they get out of a house fire before suffering skin injury. Unfortunately, smoke inhalation injuries, while not typically visible, can still be fatal without expert diagnosis and treatment. There are a number of symptoms we advise patients to watch for after they’ve been exposed to smoke in an enclosed space. These include:

People who have heart failure, arrhythmia, or other forms of heart disease are especially at risk from smoke inhalation. Their lungs are put under greater stress from lack of oxygen, which also strains the heart and could even trigger a heart attack. But even otherwise healthy people can develop heart-related complications from smoke inhalation due to the lack of oxygen being supplied to the body.

During the past decade, we have realized that patients with smoke inhalation benefit from being taken care of by burn specialists who are experienced in dealing with the effects of fire and smoke.

When someone who could have smoke inhalation comes into the Burn Center, our first step is to supplement the oxygen they are breathing. We often examine a patient’s airway with a scope to look for internal evidence of smoke injuries. If a patient has evidence of this type of injury, a chest X-ray and blood tests are common to determine whether:

Our top priority for any patient with smoke inhalation is to open their airway as soon as possible. If the airway is swollen or damaged, we might need to place a tube down the patient’s throat to allow oxygen to enter the lungs. This procedure is called intubation. We also can provide medications to relax the lungs and widen the airways.

Smoke inhalation injury might not be as obvious as a major burn. If you have been in an enclosed-space fire and have any of the symptoms of smoke inhalation, get help fast to prevent serious injury or death from this often silent fire risk.