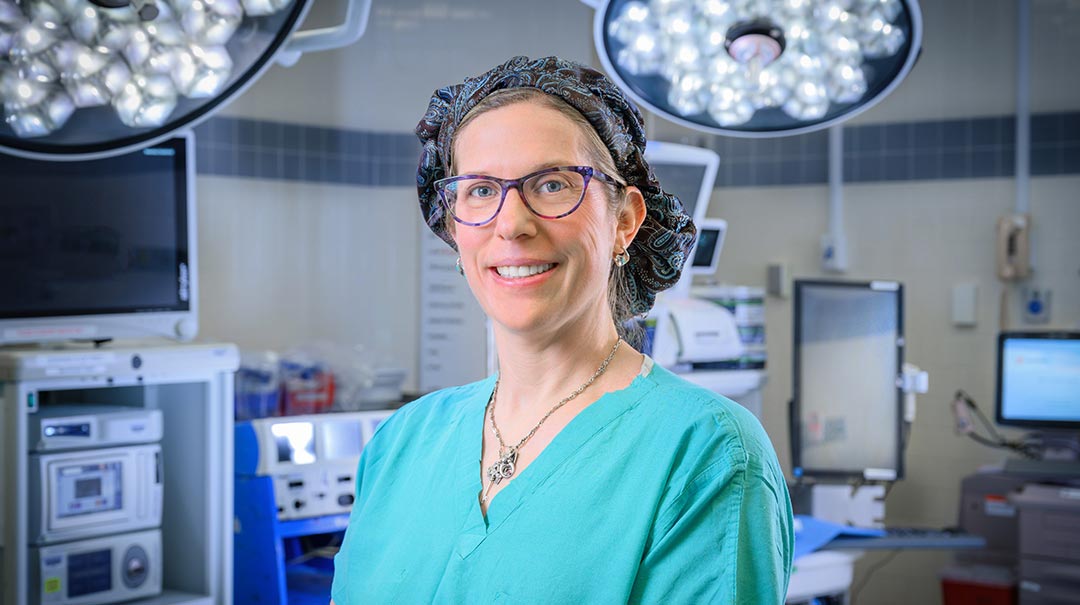 The thyroid is a central gland of the endocrine system. It produces hormones that control your metabolism, which is how our body breaks down and processes the energy received from food.

A thyroid nodule is an abnormal growth of thyroid cells that forms a lump within the thyroid gland. Most thyroid nodules cause no symptoms and often are found during a routine examination or an imaging test for an unrelated reason. Sometimes, patients themselves find a nodule after noticing a lump in their neck.

According to the American Thyroid Association, nine out of 10 nodules are noncancerous. Thyroid nodules that are known or thought to be cancerous typically are first treated with thyroid surgery—the most common being transoral thyroid surgery.

What Is Transoral Thyroid Surgery?

Transoral thyroid surgery is a procedure we use to remove the thyroid by going through the mouth, as opposed to making open incisions in the neck during traditional surgery. This allows people to avoid not only incision scars but also hypertrophic and keloid scars, which occur when scars thicken because of an abnormal response to trauma or injury.

We saw one woman who had a fairly large nodule in her neck that needed to be removed. Initially, she worried it would result in a large scar until she learned about transoral surgery. The patient eventually opted for the procedure and returned a week later thrilled with her recovery and the lack of scarring.

Patients can begin preparing for transoral thyroid surgery by scheduling a consultation with a surgeon. During this time, the surgeon will provide the patient with a list of things that must be completed prior to the day of surgery, which often includes:

Patients typically are back to work anywhere from a few days to a week after surgery. We provide them with an oral care regimen immediately after surgery, which includes a salt water mouth rinse after each meal and before bed. Some things patients can expect to have minor difficulty with for the next few months include difficulty swallowing and numbness around the mouth and chin where the incisions were made.

We are one of the only hospitals in the Washington, D.C., area to offer transoral thyroid surgery. Furthermore, we use a team approach in which endocrinologists; ear, nose, and throat doctors; nuclear medicine doctors; and radiologists work together to provide patients the most comprehensive care possible.

Transoral thyroid surgery not only treats people with cancerous thyroid nodules but also leaves no scarring. Make sure to speak to a doctor to discover whether you are a candidate.