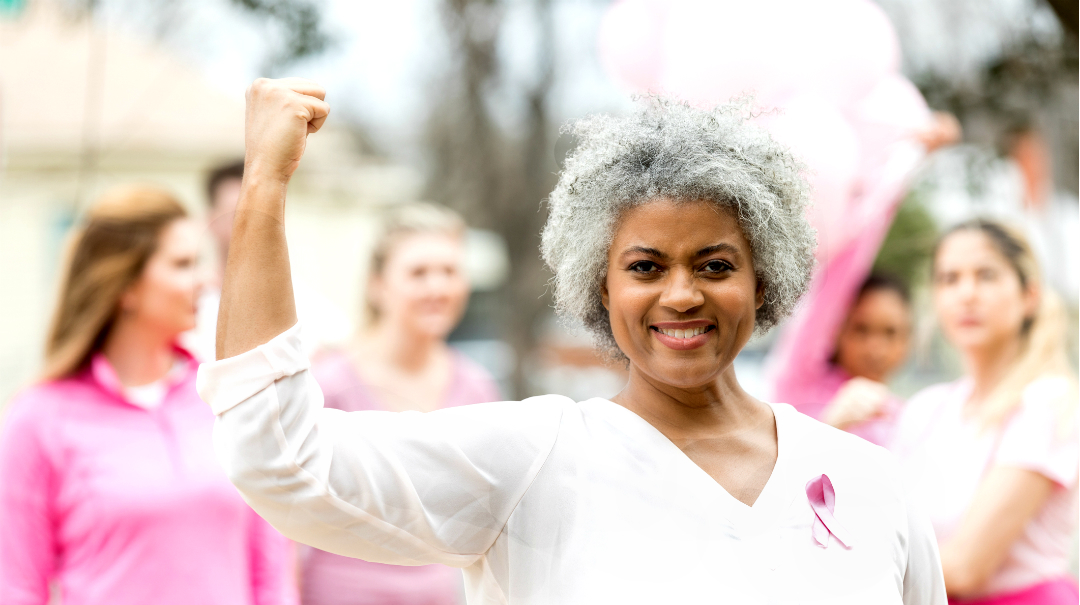 Triple-negative breast cancer is notoriously difficult to treat. It grows aggressively, and it lacks the three most common markers (estrogen and progesterone receptors and the HER2-neu protein) that we often target in our treatments. Some of our gold-standard treatments don’t work well enough against this type of cancer, and national survival rates are lower within five years of diagnosis compared to other forms of breast cancer.

As such, we are continually researching better ways to screen for and prevent this type of breast cancer. So when an August 2018 study published in the Journal of the National Cancer Institute found that several previously unknown genetic mutations were associated with a higher lifetime risk of triple-negative breast cancer, we were eager for good news. Some popular media outlets suggested that genetic testing could help identify more at-risk women and lead to better prevention strategies.

There’s no doubt that the discovery of these mutations is a potential breakthrough for triple-negative breast cancer prevention. But not every woman should rush to genetic testing to determine her risk. While there seems to be more benefits for women who previously have been diagnosed with triple-negative breast cancer, the results of genetic testing may not be as helpful for women who have never had the disease.

The current guidelines from the National Comprehensive Cancer Network (NCCN) state that women should be referred for genetic counseling if they:

If a patient is referred for genetic counseling, the counselor will conduct a detailed review of her family history to determine whether she might benefit from genetic testing. We currently test for a number of known genetic mutations, including mutations to the BRCA1 and BRCA2 genes, which are known to greatly increase a woman’s risk for breast cancer. With the newly discovered mutations from the previously mentioned study, we potentially can add additional mutations to our routine screening and get a better idea of how likely a woman is to develop another triple-negative breast cancer. Patients who are found to be at high risk might benefit from more intensive screening with the addition of breast magnetic resonance imaging (breast MRI) tests to standard mammogram so we can find the disease earlier.

Inherited genetic mutations play a small role in your total risk for developing breast cancer. Only 5 to 10 percent of breast cancer cases are caused by inherited mutations. That means 90 to 95 percent are caused by factors that genetic testing can’t detect.

It’s also important to understand that not all genetic mutations are created equal. For example, most mutations are not as concerning as BRCA1 and BRCA2 mutations. Some of the mutations identified in the study might increase a woman’s risk by 2 to 3 percent, or a lifetime risk increase from 12 to 15 percent. In most cases, that wouldn’t be enough of an increase for me to recommend elective mastectomy or oophorectomy. The potential benefits of prophylactic surgeries may be outweighed by the potential side effects, such as:

In addition, genetic testing often identifies mutations called variants of unknown significance. This means we know there’s a change in a gene, but we don’t know if that change affects a patient’s cancer risk. That knowledge can make patients wonder, “Is this mutation harmful? What could it do to me?” Unfortunately, we can’t always provide these answers. In the same issue of the Journal of the National Cancer Institute in which the new study appears, an editorial was published stating that doctors must be careful about treating patients based only on risks we estimate from genetic testing. While genetic testing can help us gain insight into her risk for breast cancer, the results only show us a small part of that patient’s overall risk. There are risk factors that can be modified to reduce a woman’s risk of developing breast cancer. Regular exercise, maintaining a healthy body weight, and moderate alcohol consumption can all decrease breast cancer risk.

The future of cancer genetic testing

I think we are moving toward a time when women will be able to get tested for their lifetime genetic risk for breast cancer, ovarian cancer, and a number of other cancers—but gaps in the information we obtain from genetic testing show we aren’t there yet. The decision to undergo genetic counseling should start with a conversation with your primary care doctor, and decisions about genetic testing should be made after a conversation with a genetic counselor to determine whether testing will be beneficial.

I believe this study into the genetic risks of triple-negative breast cancer will help us identify more women at risk for this dangerous disease. The study will help us develop better screening strategies for higher-risk women. It may also help to identify higher-risk women who may have not qualified to undergo genetic testing based on previous guidelines because of a smaller family tree (fewer sisters and aunts) diagnosed with breast cancer. However, genetic testing isn’t a one-size-fits-all solution. We still have more work to do before it becomes a routine part of the medical examination process.