Bleeding After Menopause: Cause for Concern? | MedStar Health

Bleeding After Menopause: Cause for Concern? 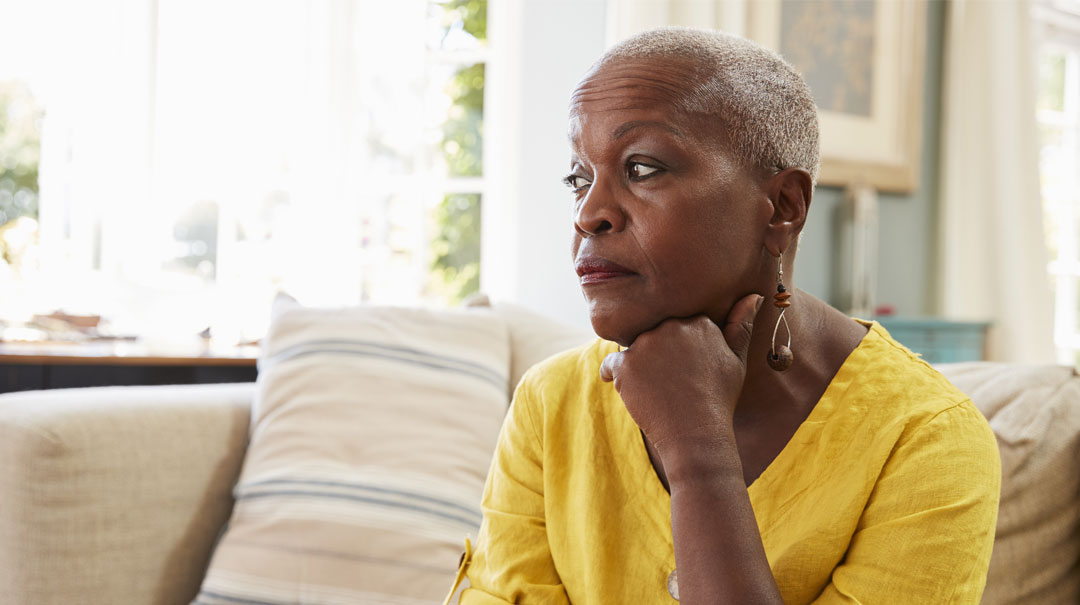 If you’re a woman over 50, you’re probably familiar with the signs of menopause and perimenopause. You know that menopause is a natural part of aging—but do you know what’s normal and what might signal a problem in this stage of life?

Menopause is associated with a significant shift in estrogen and progesterone levels. Though these hormonal changes are normal, extreme fluctuations can sometimes lead to abnormal symptoms, such as vaginal bleeding.

Although most likely not a serious situation, post-menopausal bleeding can sometimes be a warning sign of cancer or a pre-cancerous condition. If you have entered menopause, it is important to tell your doctor about any vaginal bleeding. Together, you can choose the best way to identify and treat the cause.

Many people associate menopause with hormonal side effects like hot flashes, irregular periods, and mood swings. However, these are actually symptoms of perimenopause: the transition period between a woman’s normal reproductive years and menopause. Some women experience perimenopause for months, others for years—every individual is different.

During perimenopause, you will likely experience irregular menstrual periods. When you have gone 12 months without menstruating, you have officially entered menopause.

To identify the cause of the bleeding, your doctor will likely perform a speculum exam and a pelvic ultrasound. Because most causes of post–menopausal bleeding are identified via tissue, he or she will take a small sample from the affected area.

Endometrial Atrophy: Menopause naturally causes a decrease in estrogen and progesterone levels. This drop leads to a thinning (or atrophy) of the endometrium. While this thinning is normal, it can sometimes become too severe, which results in vaginal bleeding.

Benign Cervical or Uterine Polyps: Benign polyps can grow in the uterus or cervix at any time, but due to the changes in estrogen levels that occur during perimenopause and early menopause, these polyps are more common for women in their 40s and 50s.

Polyps are usually identified using a surgical procedure called a hysteroscopy D&C. A camera is inserted into the uterus via the cervix, and tissue is removed from the uterine lining. This tissue is then tested in a lab to rule out cancer. If the growths are identified as benign, they can be removed using the same procedure.

Vaginal bleeding after menopause? @drebonyhoskins recommends consulting with your gynecologist as soon as possible. https://bit.ly/3hC73Ll via @MedStarWHC


Atypical Endometrial Hyperplasia: While decreased estrogen and progesterone levels can cause excessive thinning of the endometrium, increased levels of these hormones may cause the endometrium to thicken.

When this occurs, abnormal cells can become overcrowded. This results in a pre-cancerous condition called atypical endometrial hyperplasia, which can cause abnormal vaginal bleeding. If left untreated, usually with surgery, this condition can lead to uterine cancer in some women. If you are diagnosed with atypical endometrial hyperplasia, your doctor will refer you to a gynecologic oncologist for treatment.

Uterine Cancer: This cancer is also associated with hormonal changes caused by menopause. The average age at diagnosis is 60, while women under 45 are less likely to be diagnosed with the condition.

There are two types of uterine cancer: endometrial cancer and uterine sarcoma. Endometrial cancer is far more common, accounting for over 90% of cases, and is closely associated with vaginal bleeding.

Although age is a significant risk factor for this cancer, most women over 50 with vaginal bleeding do not have this condition. Still, vaginal bleeding in post-menopausal women should always be taken seriously as a potential symptom.

If you have been diagnosed with endometrial hyperplasia or cancer, the team at MedStar Washington Hospital Center is here for you.

Our multidisciplinary team includes radiologists, radiation oncologists, and gynecologic oncologists. We work closely with each patient to determine the treatment path that’s best for their specific needs.

Reach out to our specialists.