Vaping to Quit Smoking? Here’s the Truth About e-Cigarettes.

Vaping to Quit Smoking? Here’s the Truth About E-Cigarettes. 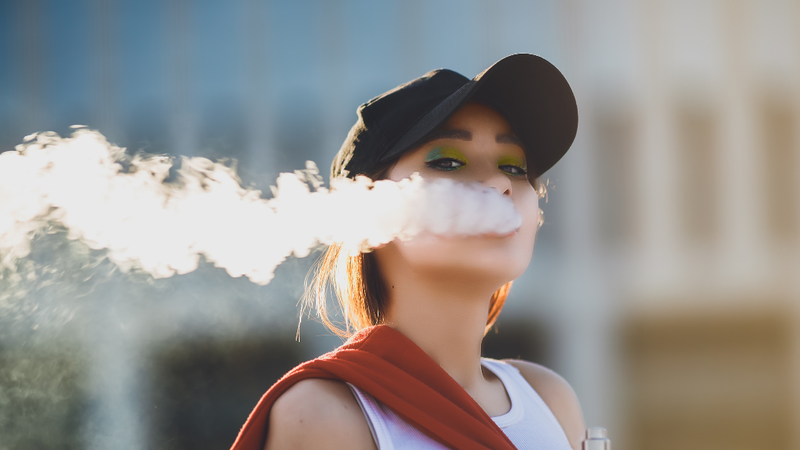 If you’re ready to quit smoking, there are proven ways to give up the habit—and electronic cigarettes are not one of them.


In fact, the U.S. Food & Drug Administration recently issued a list of effective products for quitting smoking, and e-cigarettes are not included. That’s because despite media portrayals, advertising campaigns, and occasional scientific advice, e-cigarettes and “vapes” are a dangerous alternative to smoking, not a way to help you quit. In fact, the FDA has not authorized any electronic nicotine replacement system (ENDS) as a tool to help people quit smoking.


Though there isn’t enough evidence to say for sure whether vaping causes cancer, we know e-cigarettes contain thousands of chemicals, many of which are harmful to your health. I recently co-authored research that examined the science about vaping, and we found that the chemicals in these devices can:

Vapes with nicotine can be as addictive as cigarettes, which doesn’t do anything to help you quit. In fact, some e-cigarettes can deliver even more addictive nicotine, making it even harder to give them up.

With so much misinformation out there, it can be difficult to know whether vaping is a smart choice to help you quit smoking. Let’s consider the facts.

Electronic cigarettes have long been considered an alternative to combusting tobacco. In fact, the first “smokeless nontobacco cigarette” was patented in 1965 as a way to help quit cigarettes. The “vape” as we know it today was first mass produced in China in 2003 and was also marketed as an alternative to smoking. The first e-cigarettes arrived in the United States in 2006.

The ingredients in “vape juice” vary widely. Researchers have identified some of the toxic chemicals that can be found in these liquids. Here’s a sampling:

Like smoking, vaping has been shown to have many harmful side effects that can make inflammation with COVID-19 worse. That’s why doctors and researchers have recommended that all types of smoking and vaping be stopped while they learn more about the intersection of COVID and the lungs of people who smoke and/or vape.

Many studies have demonstrated that electronic cigarettes are neither healthy nor safe. For instance, researchers have studied the use of e-cigarettes in people with chronic obstructive pulmonary disease (COPD), a group of lung diseases including emphysema and chronic bronchitis that block airflow and make it difficult to breathe.

Study participants who had used e-cigarettes had worse outcomes in their COPD symptoms. What’s more, patients who switched from combusting tobacco to vaping didn’t show any immediate change in their lung function. Researchers found that mice exposed to e-cigarette liquid every day for four months developed symptoms similar to COPD, and yet another study showed that e-cigarettes make asthma worse.

Many studies have examined the link between e-cigarettes and cancer. Compared to traditional cigarettes, vapes may deliver lower levels of carcinogens, but their impact is still significant. Many carcinogens—such as formaldehyde, acetaldehyde, and nicotine-derived nitrosamine ketone are found in vapors. All of these are known to cause cancer in humans.

Recent outbreaks of lung disease in young people have raised great alarm about the effects of vaping. In the summer of 2019, 53 patients in Wisconsin and Illinois developed lung disease.

None of them had infections in their lungs, but all had used electronic cigarettes within 90 days of the start of their symptoms. Of these, 94% wound up in the hospital, 32% required a breathing tube, and one died.

It is worth noting that most of these patients used vapes containing the active ingredient in cannabis, THC. Follow-up studies indicated vitamin E acetate, an additive in many THC vaping products, may have been to blame for these lung injuries.

While some people have used e-cigarettes to help them quit, one study found that there is no association between vaping and successfully quitting smoking. No difference in the success rate of quitting, or even reducing how many cigarettes were smoked, was found when comparing nicotine vape use and non-nicotine vape use. Overall, only 15% of participants in this study managed to quit.

Another study found that 68.1% of e-cigarette users also continue to smoke tobacco. This so-called “dual-use” means people are getting even more nicotine—not a great way to quit.

When you’re ready to give up nicotine, there are ways to quit that are safer and more effective than electronic cigarettes. Whichever way you choose, you’re making a healthy decision.

Your body will start feeling the benefits almost instantly. Just 20 minutes after quitting, your blood pressure and pulse rate will return to normal. And eight hours after your last puff your blood carbon monoxide and oxygen levels return to normal. It just gets better from there, as your risk of death from heart attack, cancer, and COPD all drop over time.

Giving up nicotine all at once, or “cold turkey,” is difficult. You can expect to experience withdrawal symptoms including:

Cravings and withdrawal symptoms can be managed with products intended to help you quit. Nicotine replacement therapy items such as patches, gums, lozenges and sprays help you taper off, providing lower doses of nicotine over time.

These lower amounts of nicotine help keep the most difficult withdrawal symptoms away, reduce cravings and double the likelihood of quitting success. These products are much safer than smoking or vaping but should not be used by people who are pregnant or trying to get pregnant.

For help quitting without nicotine, only one prescription drug is available on the market. Bupropion, an anti-depressant, can reduce withdrawal symptoms and can be safely used with nicotine replacement products. The medications have side effects, so be sure to talk with your doctor to help decide if they’re right for you. Varenicline, or Chantix, was taken off the market in 2021.

Remember that smoking and vaping are hard to stop. Not only is your body physically addicted to nicotine, but your mind has built psychological habits that are difficult to break. Try to be conscious of your “triggers,” like times of day, places and people that make you want to reach for that vape or smoke. Seek out your favorite healthy activities, be kind to yourself, lean on your support system, and remember that individual cravings are temporary—if you can resist the urge for a few minutes, it will go away.

For more information and help quitting nicotine, you can lean on the MedStar Health experts in our Smoking Treatment and Recovery (STAR) Program.

Electronic cigarettes might seem like a safer smoke, but vapes are hazardous to your health and don’t do much to help you get less nicotine. Rather than picking up a new kind of addiction, work to reduce your body’s dependance on this harmful chemical and support your emotional health as you develop new habits.

If you’re ready to quit, talk to your doctor about healthier methods. Quitting is hard, but it’s worth it. We’re here to help