During the exercise, community members demonstrated their ability to conduct community-based search and rescue support operations, insured the capacity to communicate with both the emergency response community and affected populations, established interoperable voice and data communications between CERT Incident Command and first responders and worked to enhance and maintain National Incident Management System (NIMS)-compliant command, control, and coordination structures to meet basic human needs, stabilize the incident, and transition to recovery.

“Watching these community members in action was impressive and informative,” said Chris Wade, director of security.  “I am grateful that the hospital has established a partnership with the Prince George’s County CERT.”

“This training is important because in an emergency, it’s all hands on deck,” said Wade.  “Hopefully, in active shooter training, associates learned something and can relay that to other associates—that’s the important part.” 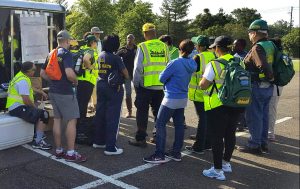 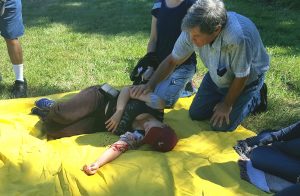