IBD Patient on the Mend Without Surgery

IBD Patient on the Mend Without Surgery 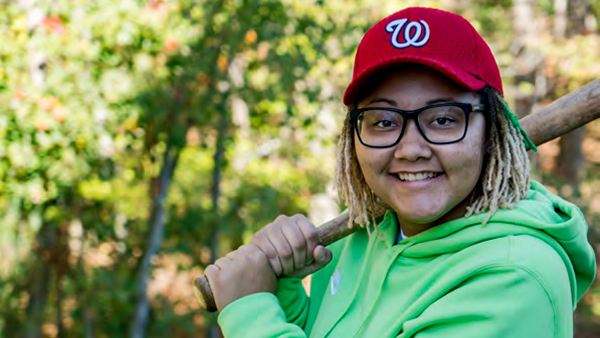 When a team of gastrointestinal experts helps avert surgery, the relief is palpable.

Ashlee Payton was only 21 years old when she suddenly experienced terrible stomach pains while on antibiotics for a tooth infection. She had never experienced severe gastrointestinal (GI) problems before, and she even saw blood in her stool.

“Something clearly wasn’t right— beyond my tooth,” the Southern Maryland resident says.

A colonoscopy revealed mild ulcerative colitis, and she was treated with low-dose oral anti-inflammatory medications.

“It was very frustrating and scary. I had to use the bathroom a lot,” Ashlee says. “I was uncomfortable, and I just wanted answers.

Her symptoms continued on and off for several months, so her doctor decided to do another colonoscopy. While waiting two weeks for the results, Ashlee’s colitis went from mild to severe. She developed fevers, and her stomach pain intensified, making it difficult for her to eat and sleep. Walking was also challenging, as it made her dizzy.

Her family rushed her to a local ER, where doctors discovered she had lost so much blood that she needed two transfusions. Another colonoscopy led to a diagnosis of inflammatory bowel disease (IBD), which causes inflammation of the digestive tract.

Ashlee’s severe case prompted her local doctors to transfer her to MedStar Georgetown University Hospital, where she met Mark C. Mattar, MD, director of the Inflammatory Bowel Disease (IBD) Center. His team immediately started discussing treatment options with her family, and they opted for a high-dose, biologic infusion to help reduce inflammation in her digestive tract.

“While one dose is generally enough to control the inflammation, Ashlee’s symptoms were so advanced that she required a second dose while still in the hospital,” says Dr. Mattar.

With her condition still not responding to aggressive medical management, the IBD team agreed to schedule Ashlee for surgery to remove her colon and replace it—first with a temporary ostomy bag and then a permanent internal ileo-anal pouch, or J-pouch, to allow her to have somewhat normal bowel movements again.

The day before her scheduled surgery, Ashlee had pre-surgical blood work completed, and something happened that surprised everyone: her blood work came back normal.

“Surgery is a necessity and can save people’s lives when inflammatory bowel disease is acute, severe, and not responding to medication,” Dr. Mattar says. “But this type of deep pelvic surgery can double the risk for infertility in young patients. We’re very pleased that in Ashlee’s case, this shared decision-making approach and extra colonoscopy saved her colon and, potentially, her fertility.”

Ashlee is now in remission and successfully managing her condition with infusions every eight weeks, which help to avoid further flare-ups and complications from inflammation. The treatment is an immunosuppressant, which weakens the immune system and increases the chances of infection. But, she says, she is doing well. She’s even returned to her job.

“I am so grateful the team at MedStar Georgetown took another look and found a way to help me live a normal life again,” Ashlee says. “I feel very lucky.”

If you suffer from IBD or have other GI symptoms, visit MedStarGeorgetown.org/GISupport or call 202-444-8541 to make an appointment with one of our specialists.