For wounds that will not heal through traditional treatments and a number of other conditions, hyperbaric oxygen therapy can help. This treatment consists of breathing 100 percent oxygen at two to three times the normal atmospheric pressure in a pressurized acrylic-enclosed chamber.

Breathing pure oxygen effectively delivers an increased supply of oxygen to your body’s tissues. It encourages the formation of new blood vessels and stimulates cells to help promote healing. Use of this therapy and other treatments can possibly save a limb from needing amputation.

Used to treat a variety of diagnoses, including: 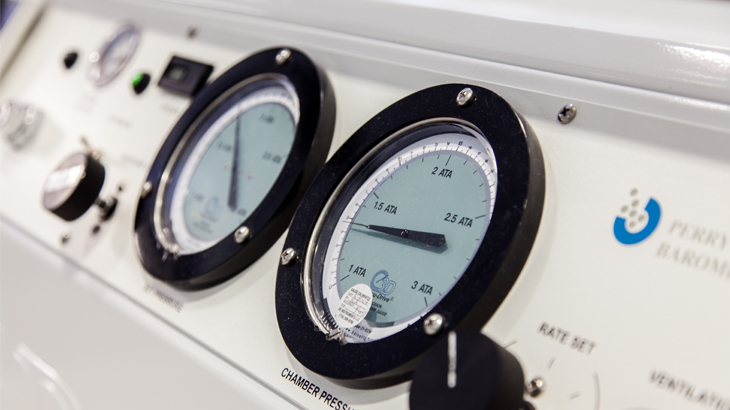 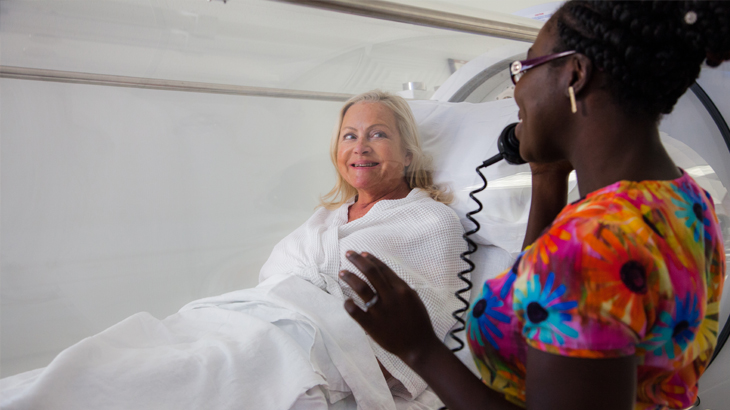 Patients are carefully evaluated by a hyperbaric medicine physician, who develops an individualized treatment plan for each patient. Patients with complicated wounds or poor circulation may be candidates for hyperbaric oxygen treatment, but only after trying other treatments first.

Most treatments are scheduled for two hours either once or twice a day, depending on the nature of your condition. The number of treatments varies as well and could number between 10 to 60 sessions.

Our hyperbaric chambers are some of the largest full body chambers available (41 inches in diameter) and provide patients with a 360-degree visual field. During therapy, you can comfortably sit up, watch a movie, listen to music, or sleep. A hyperbaric technician is present during your entire treatment and can easily talk back and forth with you. We are also the only hyperbaric oxygen therapy center in Washington, D.C., that accepts emergency patients.

Throughout your course of treatment, our hyperbaric oxygen therapy team will keep in touch with your referring doctor. Our specialists will work closely with your doctor to discuss your progress and create a treatment plan tailored to your needs and health history. 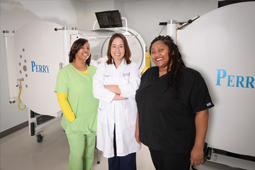 MedStar Health is the only center in Washington, D.C., accredited by the Undersea and Hyperbaric Medical Society. Our dedicated team of technicians, nurses, and physicians have special training in hyperbaric oxygen therapy, and the program has a 97 percent success rate in saving limbs from amputation.

Our location inside MedStar Health means you’ll benefit from efficient outpatient and inpatient services for a broad spectrum of hard-to-treat wounds and other conditions. Our center has four single-person HBOT chambers and the capacity to treat up to 16 patients every day. This helps to streamline care delivery — and offers our patients services with little or no wait time.

Show Next 8 of Show All Undersea and Hyperbaric Medicine