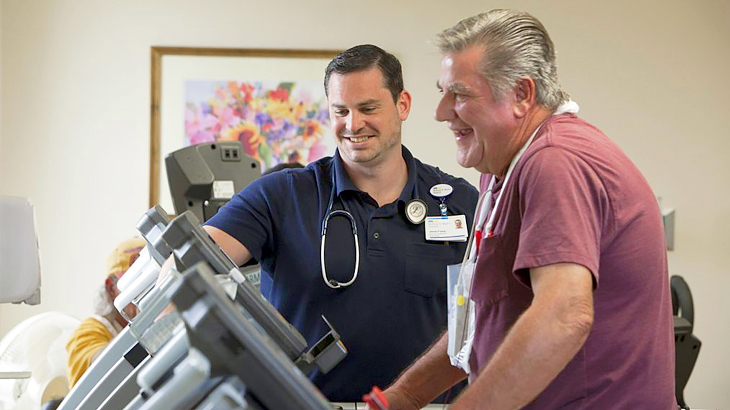 In 2001, Grace Anne was diagnosed with a very severe case of COPD and given a few years to live. COPD is a group of lung diseases including emphysema, refractory asthma, chronic bronchitis, and bronchiectasis. Instead of taking the prognosis as a death sentence, Grace Anne began pulmonary rehabilitation and through hard work and dedication increased her lung capacity from 26 percent to almost 60 percent today. Since 2007, she has shared her experiences on a national platform and is a testament to not letting her health slow her down.

Former ABC News "Nightline" anchor Ted Koppel had the idea for the creation of the center and donated funds as a gift to help open it in honor of his wife, Grace Anne. The Koppel family hopes to open a similar center in rural areas each year until they have opened a center in each state. This legacy will encourage individuals who are suffering to keep fighting and succeed in managing the illness.

The Grace Anne Dorney Center offers supervised rehabilitation programs for patients who are under the medical management of a physician for cardiac or pulmonary conditions.

If you have Peripheral Artery Disease (PAD), a structured walking program can make a big difference, enabling you to double or triple the distance you can walk before developing symptoms or before having to stop.

Regular walking to the point of developing moderate pain, then resting briefly and repeating the process, will improve your ability to walk more than any other known exercise and most other medical and surgical treatments. 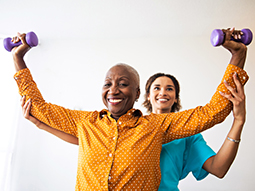 Getting the care you need starts with seeing one of our rehabilitation specialists.

Have questions for our heart and vascular program? Email us at AskMHVI@medstar.net.