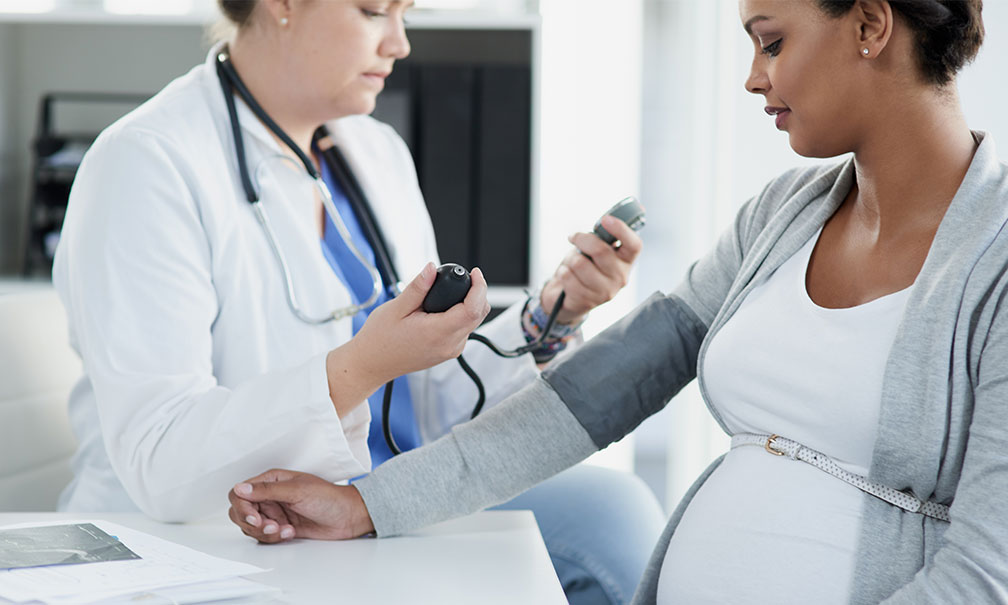 High blood pressure, or hypertension, is a well-known condition in America. We regularly check it during doctor’s visits and see blood pressure monitors in many of the stores we visit every day. However, despite our awareness of the condition, about one in three Americans have it—and only about half have it under control.

In 2018, even more Americans will be diagnosed with hypertension under new guidelines from the American Heart Association and the American College of Cardiology that lowered the target rate of blood pressure for average-risk individuals to 120/80 millimeters of mercury (mm Hg) or less. In years past, the target rate was 130/80 mm Hg or lower.

Who is at high risk for hypertension?

African-Americans have the highest prevalence of hypertension among racial and ethnic groups. Not only are they most prone to high blood pressure, but control rates are lower in African-Americans as well. In this population, hypertension typically is more severe when diagnosed and therefore less likely to be well-controlled by standard treatment.

African-Americans are especially prone to #highbloodpressure, according to studies. Learn how Dr. Valeriani Bead says blood pressure levels can be maintained. bit.ly/2Bmarba via @MedStarWHC

How to treat hypertension

Many lifestyle modifications can be effective in treating hypertension. For example, the Dietary Approaches to Stopping Hypertension (DASH) study, which is a long-term, randomized trial that provides people with hypertension a specific eating plan, has shown that eating less sodium can reduce blood pressure by an average of 10 to 15 points.

Other lifestyle modifications people can make to manage their blood pressure include:

Sometimes lifestyle modifications alone are enough to control blood pressure, but most patients in these high-risk groups need additional support, usually in the form of medication. We also must rule out or treat other conditions that affect their health and high blood pressure, such as obstructive sleep apnea, or when someone doesn’t get enough oxygen when they sleep, as sleep apnea and blood pressure are known to go hand-in-hand. Additionally, some patients have a condition called resistant hypertension, or when blood pressure is difficult to control, and should speak with a doctor about the surgeries that can treat it.

Not treating high blood pressure can lead to serious health problems, such as strokes, heart attacks, abnormal heart rhythms, congestive heart failure, kidney problems, and even death. These conditions generally develop over time, which is why hypertension is referred to as “the silent killer.” However, with continued monitoring and expert care, hypertension can be controlled—or even reversed, in some cases.

I’ll never forget a patient I met several years ago. She was a middle-aged woman who was morbidly obese, sedentary, and dealing with high blood pressure that wouldn’t go down, even though she was taking three or four medications. After we adjusted some of her medications and saw no results, I sat down with her during a follow-up visit and encouraged her to start moving more. She started walking for about two minutes a day, then five minutes a day, and eventually worked her way up to about 30 minutes a day.

To my astonishment, she lost 50 pounds by the time I saw her for a six-month follow-up visit—just by walking! Additionally, she started following the DASH diet. As time went on, she joined a gym and lost another 50 pounds. Her blood pressure improved so much that we stopped prescribing most of her medications. Today, she’s still thriving, and she’s eager to share her story with anyone who will listen. In fact, she created a poster that shows a before and after photo of herself during her 100-pound weight loss journey.

Controlling blood pressure is an essential part of health. As new guidelines have lowered the target rate for what is considered hypertension, we must take proactive steps to prevent and maintain healthy blood pressure levels—especially when we are considered at a higher risk.