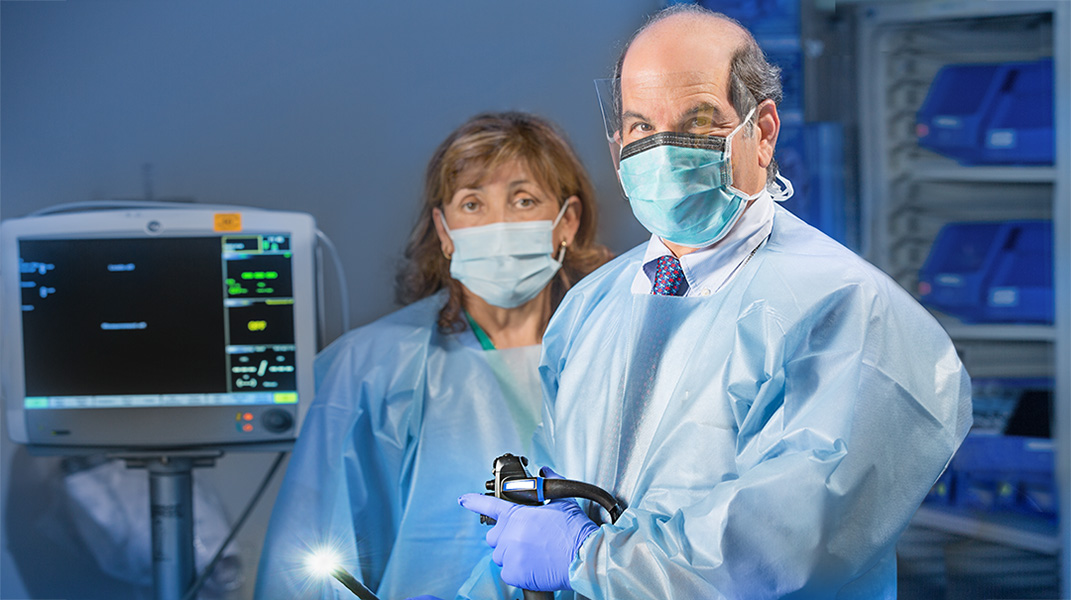 The American Cancer Society has released new colonoscopy recommendations: Adults at average risk should start getting colonoscopies at 45 instead of 50. The update is due to an alarming trend that shows U.S. patients are developing colorectal cancer at younger ages.

The updated recommendations are a smart move to save the lives of more patients. Colonoscopies serve a dual purpose: early detection of existing cancer and prevention of cancer before it has a chance to develop.

How colonoscopy can prevent colon cancer

During a colonoscopy, we check for existing cancer. More often, we find polyps, which are growths that appear in the colon and throughout the gastrointestinal tract. Polyps can be smaller than a quarter of an inch to several inches in diameter, and they look like small bumps growing along the lining of the bowel.

Many polyps are harmless, but they can turn into colorectal cancer without causing noticeable symptoms until the cancer has progressed. It’s impossible to know for sure which polyps become cancerous, but generally the bigger they are, the more likely they are to be or become cancerous.

We routinely remove any polyps we find during the colonoscopy to prevent the development of colon cancer. The procedure is painless, and the entire visit usually takes less than 40 minutes. For most patients, the worst part is the preparation before the visit, which requires completely emptying the bowels so we have a clear view of the colon. Find tips to make colonoscopy prep more bearable.

You tell us: Do you think more patients will get colonoscopies now that the recommended age to start is 45, not 50?

How patients can protect their health

Some patients worry about a colonoscopy or other screening technique being a hassle or discomforting, but I always encourage them by explaining how common it is and that it could be a life-saving procedure.

I anticipate as people start getting colorectal cancer screenings at younger ages, we’ll remove more polyps sooner, decreasing the rates of colon cancer over time. Colon cancer typically develops slowly over the course of several years. The sooner we can remove polyps—and catch existing cancer at an early, manageable stage—the better chances we have to save more patients’ lives.

It's important to note that, although the American Cancer Society now recommends starting screening at 45, the U.S. Preventive Services Task Force (USPSTF) hasn’t changed its recommendation that patients start at 50. This can impact whether your insurance will cover your screening because the Affordable Care Act (ACA) requires both private insurers and Medicare to cover the cost of colorectal cancer screening tests as long as they are recommended specifically by the USPSTF. Make sure to speak with your insurance company prior to scheduling your appointment.

Get screened today for colorectal cancer.  Call 202-877-3627 or click below to make an appointment.

Healthy Living In The News