COPD in DC A tale of two cities

COPD in DC A Tale of Two Cities 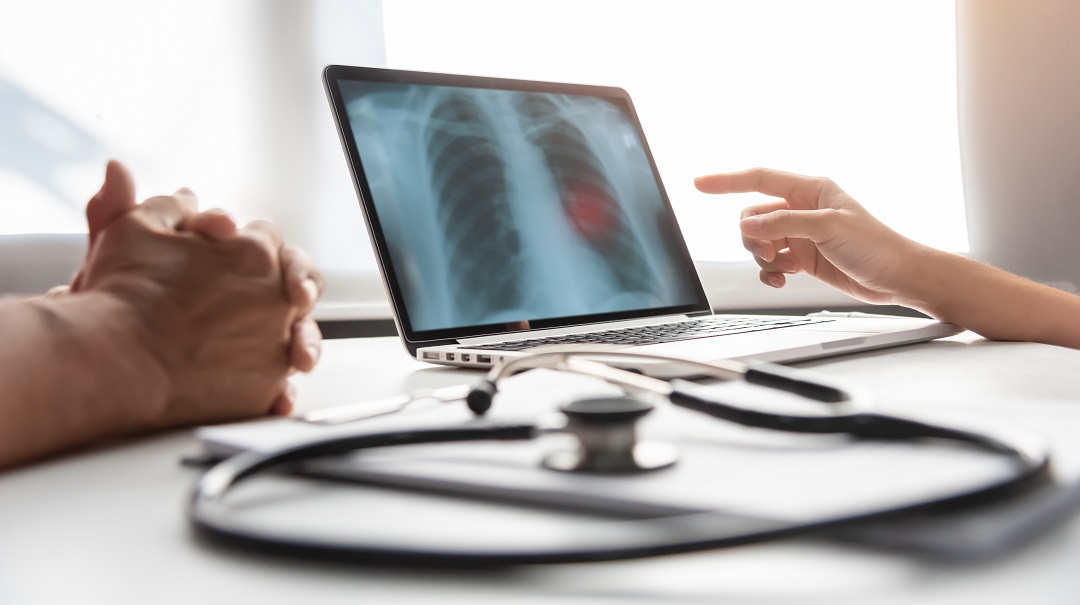 A September 2017 report from the Centers for Disease Control and Prevention (CDC) shows that the number of Americans who have died from chronic respiratory diseases, particularly chronic obstructive pulmonary disease, known as COPD, has skyrocketed over the past 35 years. COPD is now the third-leading cause of death in the U.S.

The prevalence of COPD varies considerably by state, and Washington, D.C., seems to be doing quite well, with 4.6 percent of its residents reported having COPD. Neighboring states Maryland reported 5.9 percent, Virginia reported 6.1 percent and West Virginia reported 8.9 percent.

But if you dive into the data a little bit deeper, D.C. is a tale of two cities. There are a number of factors the CDC and the National Institutes of Health (NIH) found relating to their COPD reporting. This is how it breaks down in D.C.:

What factors into this statistic?

Our city’s 4.6 percent COPD rate is the overall average of patient populations in our city. Other factors associated with COPD in D.C. are:

Only 4.6 percent of D.C. residents reported having COPD, a much lower rate than neighboring states. But if you dive into the data a little bit deeper, D.C. is a tale of two cities.  https://bit.ly/2KM0upQ  via @MedStarWHC

COPD is a chronic condition, so once you have it, you have it for life. It might not progress quickly, but it doesn’t go away. People with COPD have restricted lungs and have trouble moving air out of their chest. The disease is caused by long-term exposure to irritants by inhaling something that can damage your lungs over and over again.

It seems like common knowledge now, but the idea that cigarettes are a risk factor for COPD is relatively new. Similarly, we didn’t have studies that showed cigarettes caused things, such as lung cancer until the 1950s, nor did we have a surgeon general’s warning about the damages of smoking until the 1960s and ’70s.

Since the early 1900s, there has been a lot of effort to get people to use cigarettes. We’re only now seeing the consequences of that effort, because there is often a significant time lag between when someone starts smoking and when they will experience reduced lung function. The recent sharp increase in COPD is considered to be largely related to the peak in smoking rates decades ago.

Workplace chemicals and harmful pollutants can also irritate and damage the lungs. We ask our patients about their lifestyle, if they worked around or were frequently exposed to smoke or fires, or if they were exposed to chemicals or other inhaled irritants. We ask if they wore a mask in their workplace or wish they had.

Some people are born with low levels of a protein made in the liver, which can lead to losing lung function faster than the average person, lung damage and COPD.

Unlike muscle and bones, the lungs mature by age 20 to 25. After that, their function naturally declines. Lungs are remarkable when you consider their lifelong duration and how much lung function we all have. Our lungs develop enough into our late teens and early 20s that we are given such a surplus that we could die from something else well before a breathing issue ever arises. But when you experience these exposures, have genetics that predispose your lungs to losing function faster than the average person or get older and start to have symptoms, you certainly should come to your doctor to evaluate your lungs.

What will reduce COPD risk?

Research shows quitting smoking will have the greatest impact on reducing your risk for COPD. The CDC reports on risk factors for people with a lifetime history of at least 100 cigarettes. Many people who don’t claim to be smokers have smoked 100 cigarettes in their lifetime. For example, some people only smoke when they’re out on the weekend. The truth is, it only takes two years of weekends until you’ve had a hundred cigarettes.

Clearly, the people who are most at risk are smokers. The question is: Who becomes a smoker? There are a number of scholars who have looked into the influence of the tobacco industry on public health. As an example, research has shown there is a disproportionate amount of advertising for tobacco products in poor neighborhoods. So, the question “Who becomes the smokers?” is a bigger question of social structure.

When to seek testing

If you have a strong family history of COPD—for example, if your parents or siblings have been diagnosed—there could be a genetic factor: a deficiency in a protein called alpha-1 antitrypsin, which is rare, but it gets passed along in families. Genetic testing is a good choice if there’s a higher-than-average risk for COPD in your family.

If you are or have been in a job that has exposure to substances that irritate your lungs, it’s a good idea to talk to your primary care physician or a pulmonologist about your risks and if you should get tested. Also, you should consider pulmonary function testing if you have a persistent cough. If we catch COPD early, we can manage symptoms and encourage patients to make lifestyle changes that may keep the disease from progressing.

The only way to diagnose COPD is with a test called spirometry. This breathing test looks for obstruction in the lungs. An individual will blow into a tube connected to a small computer to measure how much air comes out in the very first second and how much air they are able to get out in total. People with COPD can get the air out, they just can’t do it quickly.

When I ask people with normal lung function to blow out for the six seconds it takes for that test, it’s hard. At the end, they’re really trying to push out that last bit of air. For people who have lung obstruction, sometimes they’re still blowing out at 13, 14 or 15 seconds. That’s how long it takes to get all the air out because it’s very slow.

You can’t diagnose COPD with a CT scan, an X-ray, stethoscope, physical exam or medical history. Unfortunately, this still happens all the time, such as in the COPD data reporting in our district and in individual states. In D.C., for example, three out of 10 people reported they never had a spirometry test, yet they were given a diagnosis of COPD. This most likely is based on the symptoms they had, but there are other things that could be causing their symptoms, which is why getting tested is so important.

Spirometry can be done in primary care clinics, and we do it in our pulmonary care clinic. If needed, we can send people for additional testing with full pulmonary function tests, which are done in our hospital facilities without being admitted as a patient.

What caused the spike in COPD?

There was a landmark study in which a group of researchers developed a diagram showing the natural progression of our lungs throughout life. It’s called the Fletcher-Peto curve, and what they showed is that we have our best lungs at about 20 to 25 years old.

For individuals who have vulnerable lungs or damage from smoking or pollutants—even those who have quit smoking or are removed from inhalants—the lungs never grow back. But the rate of decline slows down if they do quit smoking or remove the exposure.

Identifying a large uptick in COPD now is actually the recognition of what has been going on in people’s lungs for the last 20 or 30 years. For example, if a 50-year-old quits smoking, they may not have symptoms until they’re 75, so they might not be tested for COPD for decades. But someone who’s 73 may quit smoking after never having symptoms, but then, two years later (also at 75), they start having lung problems that deteriorate their quality of life. In both patients, they likely had COPD much longer than they realize.

Unfortunately, the second patient in the above scenario is far too common. Many patients come to the pulmonary clinic a year after they’ve quit smoking; they may be on oxygen or can’t go up three steps to their house. In truth, the scary thing is not necessarily death with COPD; it’s years of disability. It may be losing your independence, getting winded taking a shower or eating a meal because the extra work of breathing is more than the lungs can handle. These are the kind of life-changing events that are so problematic with COPD—it takes away your freedom. Almost two-thirds of people with COPD surveyed in D.C. reported some exercise limitation because of breathing trouble.

How COPD patients can address their health

I counsel patients every day on smoking cessation and safe physical activity. I also refer patients to pulmonary rehabilitation, which includes respiratory therapists trained in methods to help manage your breathing better and make progress in activities. We talk about nutrition, being physically fit and being preventative about other aspects of health, such as getting vaccinations where they’re appropriate.

Medications have been shown to help lung function even before there are symptoms of COPD. Inhalers are effective preventive medicines, but sometimes patients resist using them because they’re breathing well at that time. I counsel that you wouldn’t wait until you’re having a heart attack or a stroke to start taking your blood pressure medicine, even though you feel fine. Sometimes taking a pill seems to be simpler for patients than using an inhaler. There is more coordination necessary when using an inhaler, and a lot of people use them wrong, such as spraying the inhalant into the back of the throat. We need to get the medicine down into your lungs. Doctors and respiratory therapists can serve a key role in educating patients on proper technique.

The preventive nature of inhalers means that we may be able to stop you from having a flare-up this year, which would otherwise affect your lung function next year. Things we prescribe in the pulmonary clinic are not always just to make you feel better; they’re also to prevent you from some other event, because nature is still going to cause those lungs to decline a bit. If I can keep you out of an urgent care or hospital with a condition that’s going to make you decline even faster and help to keep you independent and active, then I’m doing my job.

Our society has a healthy and appropriate fear of heart disease, stroke, diabetes and hypertension, and so people don’t mind being tested for, or taking medications for those conditions. I don’t think we are there yet with breathing disorders. I think in some ways that this is a blessing, because it’s only relatively recently that COPD has become a common disease. While we’ve been aggressively dealing with COPD for 40 or 50 years, we have a lot of catching up to do quickly, in D.C., and far beyond.

Call 202-877-2300 or click below to make an appointment with a pulmonary specialist.