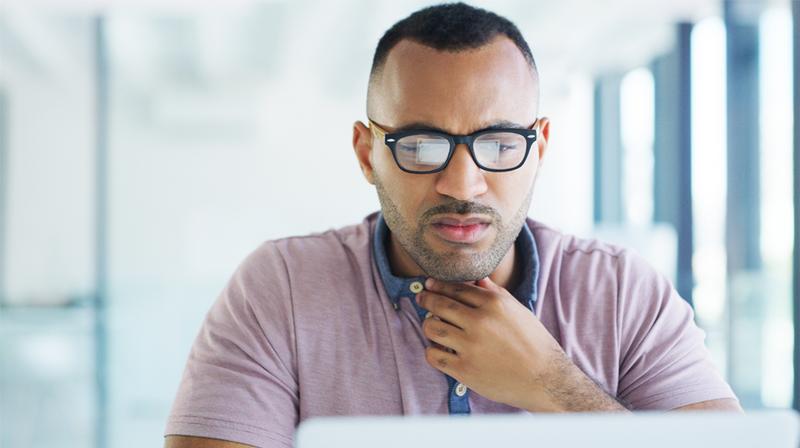 If the fiery feeling of heartburn affects you more than twice a week, you may be at risk for more serious health issues. Frequent or long-standing heartburn is a symptom of gastroesophageal reflux disease (GERD), which can lead to esophageal cancer.

Feeling the Burn: How Acid Reflux Changes the Esophagus

This common condition occurs when acid from your stomach backs up (or refluxes) into your esophagus (or the foodpipe). Typically, our stomach produces about 1.5–2 litres of acidic fluid on a daily basis, and that same acid causes heartburn when it backs up into the esophagus. The reflux then leads to severe inflammation of the inner lining of the esophagus and transforms it, a process that is termed metaplasia. Eventually, the cell transformation can progress into low-grade, and later high-grade dysplasia, or Barrett’s esophagus, which can then lead to cancer of the esophagus, if left untreated.

Although there are different types of cancer of the esophagus, it’s typically the adenocarcinoma variety that we associate with acid reflux. This used to be a disease of 60- and 70-year-olds. But unfortunately, we now see it even in younger patients—in their 20s and 30s—primarily because of obesity, increased BMI, and poor eating habits, all of which affect our lower esophageal sphincter and relax it.

The symptoms of gastroesophageal reflux disease are very common. Some people don’t even realize that they have reflux disease and, while others do, they ignore it because they associate it with stress or certain meals. And because they get immediate relief from Tums®, they continue to just “fight through it."

Common alarming symptoms to watch out for include:

Be Aware of Risk Factors

Many patients diagnosed with cancer of the esophagus have a history of risk factors for the disease, including:

And some patients have no risk factors. In a fraction of the patients on whom we operate for cancer of the esophagus, we actually find no evidence of reflux. Research still has not figured out why patients who are male, nonsmokers, nondrinkers, and without a history of reflux or hernia still get the disease. Unfortunately, we are miles away from identifying why this group of patients develop esophageal cancer.

Stopping Heartburn Does Not Stop the Progression

When people are diagnosed with long-standing acid reflux or believe they’re having heartburn, they typically will take an antacid and dismiss the symptom because they have instant relief.

But we must remember that the reflux is coming from something. It could be a structural defect, like a lax lower esophageal sphincter (a ring of muscles connecting the esophagus to the stomach).

If a patient feels less burning by simply taking the medicine, he or she may just be fooling themselves into thinking their reflux is gone, yet the mechanism could still be there. These patients should ideally be on antacid therapy for their lifetime or until the acid reflux is well-controlled. And they should see their doctor for regular evaluation, so it doesn’t lead to Barrett’s esophagus.

We currently recommend that those patients undergo some sort of treatment after a thorough evaluation with endoscopy. If you have Barrett’s, your gastroenterologist will first biopsy you to prove it and then either treat you with medicines or other endoscopic modalities, such as radiofrequency ablation, a minimally invasive treatment that treats the diseased tissue.

People suffering from frequent heartburn should be aware of two facts about esophageal cancer:

@PujaGKhaitan says that having heartburn more than twice a week could be GERD in disguise. https://bit.ly/2RhopT5 via @MedStarWHC

Cancer of the esophagus is quite complex, and so are the various ways we can classify it. Each patient and situation is different, so it’s best to talk with your doctor if you or a loved one is diagnosed with the disease. In general, though, we can classify this cancer into these stages:

Unfortunately, there are no standard screening guidelines for cancer of the esophagus. If it could be diagnosed at an early stage through endoscopy, we could take action before it gets worse. But, because we don't screen for it on a routine basis, we tend not to diagnose patients at an early stage.

I hope that increased awareness will encourage patients to think, “Okay, I’ve got persistent symptoms. Something could be wrong. I should go see a doctor.”

Prevention Is the Best Medicine To Care for Your Esophagus

I highly encourage people, if you've had symptoms of GERD for more than 5 years, to get an endoscopy to make sure you don't have any long-term effects of acid reflux, Barrett’s esophagus, dysplasia, or early-stage nodules that might be malignant. You don't want to wait until you have food getting stuck in your throat or you've got a large mass—the earlier you see your doctor about your heartburn or other symptoms, the better the outcome may be.

Here at MedStar Washington Hospital Center, our specialists will make sure that your symptoms get addressed and you get started on the right treatment in time.

Feeling the burn from reflux?

Our specialists are here to help.