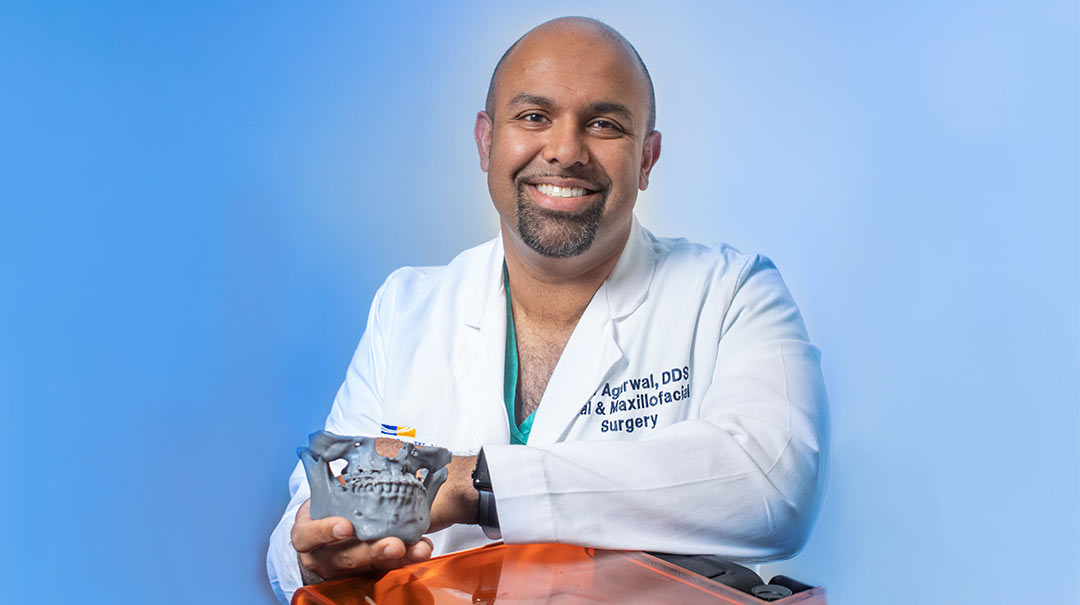 Obstructive sleep apnea, or when people repeatedly stop breathing while asleep, can occur when jaw bones aren’t properly working in tandem with muscles around the face and neck to support the tongue and airway. This can cause symptoms such as:

Corrective jaw surgery can be a solution for patients with these problems. The surgery can realign the jaws and teeth, open up the airway, and relieve patients of their symptoms—so much so that some patients say their entire family sleeps better upon their snoring being corrected.

Aside from people suffering from sleep apnea, individuals with jaw deformities, such as underbites, deep bites, and jaw asymmetries, are good candidates for corrective jaw surgery. Typically, we’ll determine if someone is a good candidate through a:

A significant number of our corrective jaw surgery patients are teenagers and young adults, but we are starting to see more people with obstructive sleep apnea in their 30s to 50s.

Corrective jaw surgery is done under general anesthesia. During surgery, the doctor:

Some patients undergoing corrective jaw surgery have had braces for one to two years prior to surgery. For these patients, we work closely with their orthodontist to ensure their braces are safe and used correctly prior to surgery.

One man came to his consultation with his family and his kids. While he explained how he struggled with sleeping and snoring, his young child interrupted and said, “Daddy snores really loud!” Then, he looked at me and said, “See? I really have a problem with sleeping.”

He ended up having corrective jaw surgery. When I saw him a few weeks later, he was excited to say that his sleeping was better, he was more energetic, and the entire house was more peaceful, because the kids didn’t have to hear his snoring anymore.

What to Expect During Recovery

Following corrective jaw surgery, patients typically stay in the hospital overnight. Then, they return home for the next two weeks while inflammation settles. Patients must be on a full liquid diet for six weeks after surgery to allow their jaws and mouths to heal.

We ask that patients don’t exercise or do any heavy lifting for two weeks after surgery. Daily activities, however, such as washing the dishes, cleaning, and housework are fine. After two weeks, patients can begin doing light exercise, but heavy exercise usually is prohibited until six weeks after surgery, and even months if individuals play sports where facial injuries are common.

How to Prevent Obstructive Sleep Apnea

There are nonsurgical treatments for obstructive sleep apnea that don’t prevent it but can limit symptoms, such as continuous positive airway pressure (CPAP) machines and oral appliances, which are devices made by dental providers that fit into the mouth and shift a patient’s bottom jaw forward while they’re sleeping to open up their airway. Most patients prefer the outcome of corrective jaw surgery, however, if they decide to go that route.

MedStar Washington Hospital Center is one of the busiest medical centers in the region when it comes to corrective jaw surgery. We have advanced experience and skills because we see and treat many different types of jaw deformities every day. Furthermore, we use 3D CT scans to plan the surgery virtually beforehand so that we can pick up on any potential issues.

Whether a patient wants to cure their sleep apnea or feel better about themselves by aligning their jaw, corrective jaw surgery is a proven treatment that people utilize every day.