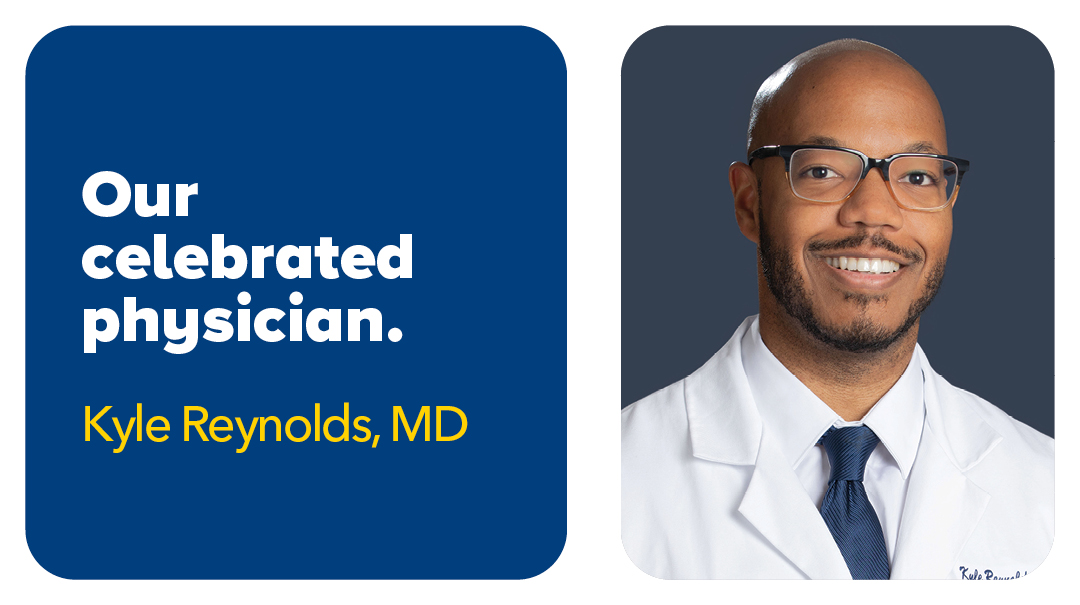 As a longtime athlete, Kyle Reynolds, MD, knows that the course of a game can be altered in a heartbeat. The same holds true for his career, as the Queens, NY, native had his sights set on becoming a lawyer, until he was sidelined by a shoulder injury.

“I was just fascinated by anatomy and biomechanics of how everything worked,” Dr. Reynolds recalls, “so the doctor suggested I become an orthopaedic surgeon.”

A second career pivot occurred during his surgical rotation at New York Medical College. Unlike orthopaedic patients who tended to be younger and healthier, cardiovascular patients tended to be more diverse, and in greater need of help.

“Many had symptoms that were written off as chronic, when there were reasonable treatment alternatives to help ease the impact on their daily life and could also prevent worsening complications,” Dr. Reynolds adds.

“The other residents, attendings, APPs—they were all like family, and I wanted to keep working with them,” he says.

Now an attending vascular surgeon in MedStar Heart & Vascular Institute, Dr. Reynolds specializes in the treatment of aortic disease, including aneurysms and dissections, carotid artery disease, venous occlusive disease, deep vein thrombosis, and peripheral arterial disease, including claudication and critical limb ischemia. One of the most exciting treatment tools, he says, is transcarotid artery revascularization (TCAR), an advanced method for placing stents in blocked carotid arteries for patients who may face higher risks of stroke with conventional procedures.

New treatment alternatives are also available for wound healing, which can be influenced by both peripheral arterial disease and deep venous disease.

“Deep venous conditions were often treated medically, but it wasn’t enough to advance healing,” Dr. Reynolds says. “Now, we can treat some of these cases surgically, preventing complications and improving other aspects of the patient’s quality of life as well.”

Currently resigned to spending most of his free time reading, Dr. Reynolds looks forward to getting back into team sports once pandemic-related health risks ease. He’s also working on becoming certified in scuba diving, which will open the door to travel opportunities.

“I’ve heard of some great places to dive and can’t wait to get out there,” he says.

Schedule an appointment with Dr. Reynolds