Lung Cancer Among the Most Preventable

Lung Cancer Among the Most Preventable 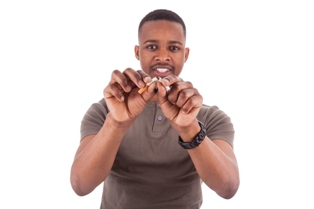 The National Institutes of Health estimates that 38.5 percent of men and women will be diagnosed with cancer at some point during their lifetime. Of that, lung cancer is one of the most common types of cancer and contributes to the most cancer deaths. However, it is also among the most preventable.

The American Cancer Society estimates that tobacco usage is responsible for more than 75 percent of lung cancer deaths, which makes quitting smoking the single most important factor in decreasing the risk of developing lung cancer.

Who is at risk for lung cancer?
Lung cancer is more common in men than women, especially African-American men, and the average patient is about 70 years old. While smokers are at the greatest risk, nonsmokers can also develop lung cancer. Some research suggests that women who have never smoked are more likely to develop lung cancer than nonsmoking men, and those women will develop it younger.

What causes lung cancer?
Although family history and environment play a role, the major risk factor for developing lung cancer is smoking and exposure to secondhand smoke. In fact, smoking has been linked to a higher incidence of 12 different kinds of cancer.

The Journal of the National Cancer Institute has found that tobacco smoke contains at least 55 carcinogens, including cyanide, arsenic and formaldehyde. Inhaling the smoke, whether it’s first- or secondhand,  dumps those chemicals into the lungs, where they cause immediate damage.

Associated risks of smoking
Cancer isn’t the only life-threatening side effect of smoking. Smokers are at a much higher risk for stroke, heart disease, chronic respiratory infections, and type 2 diabetes, which explains why, on average, smokers die about 10 years earlier than nonsmokers.

When to see a doctor
If you are a smoker and have a lingering cough, hoarseness and chest pain, don’t assume it’s a cold— go get checked out. By the time symptoms appear, lung cancer is often in an advanced stage and difficult to treat.

Prevention and quitting smoking
Eradicating tobacco use would save nearly a half-million lives per year, and would eliminate more than 80 percent of lung cancer cases. Quitting smoking is one of the best ways to improve quality of life, and it’s never too late to reap the benefits of quitting.

Smokers who are ready to quit should schedule a visit with their doctor; having the support of a physician doubles a smoker’s chances of successfully quitting.

To make an appointment with one of our physicians, call 202-342-2400. Visit MedStarGeorgetown.org/Lungs for more information.