A "Nearly Indestructible" Man Gets a New Heart

A "Nearly Indestructible" Man Gets a New Heart 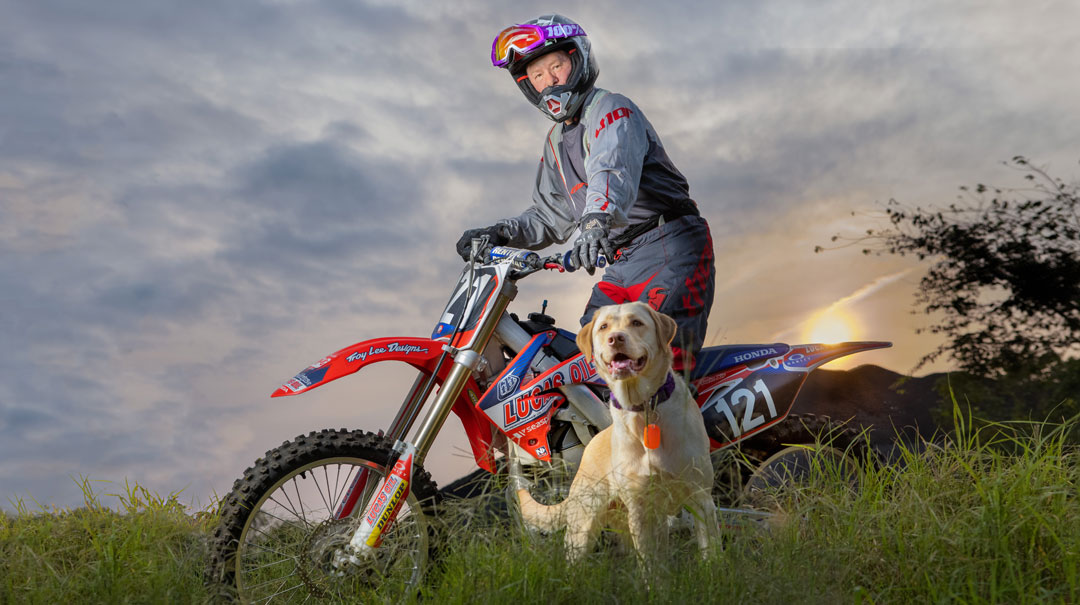 Monti Schmitt is one of those rare individuals whose idea of fun was riding off-road over rough terrain on a motorcycle at high speeds. For the former motocross race competitor, it was natural—and exhilarating. So were his “20-hour workdays” at his Fredericksburg, VA, motorsports business. He thought he was nearly indestructible, despite breaking multiple ribs twice in motorbike accidents. So, when the now 64-year-old had a pain in his chest during a walk, he thought little of it. But when the pain persisted for hours, Mr. Schmitt decided that his wife was right—a trip to the hospital was warranted.

“It was late December 2018,” Mr. Schmitt says. “When I woke up, it was January. I was shocked out of my mind when the doctor told me I needed a left ventricular assist device [LVAD] because I was in heart failure.”

Mr. Schmitt wanted a second opinion and did some research. That’s when he saw Mark Hofmeyer, MD, Director, Advanced Heart Failure Intermediate Care Unit at MedStar Washington Hospital Center. “He first tried some alternative treatment options. He took me off the drugs I had been put on at the other hospital and tried a defibrillator. But that wasn’t working.”

When his legs became swollen, Mr. Schmitt sent Dr. Hofmeyer a photo. “He told me to come into the hospital right away.” Two weeks later in early May 2019, Mr. Schmitt was implanted with an LVAD and was put on the heart transplant list. While the LVAD relieved Mr. Schmitt’s symptoms, he knew it was a temporary solution for his failing heart.

This past April, during the worldwide coronavirus pandemic, Mr. Schmitt got the call. “I was told a heart was available,” he says. “I remember I didn’t quite understand and said ‘What?’ Then I put Dr. Hofmeyer on hold. I was hesitant because of COVID. But I spoke to my wife and son who told me this was my heart, and this was my time. I said ‘Let’s do it!’”

“I know the hospital well and I knew that everyone would ensure my safety,” he says. “It was hard not to have my family there because of the no-visitors rule, but we got through it. Before I left, I had a lot of conversations with the team about post-procedure protocols for home. I had physical therapy at home, too. And in the time since, I’ve had lots of contact with the team—phone calls, video conferencing, especially with the Transplant Coordinator Kimberly Demirhan—she’s my gal!”