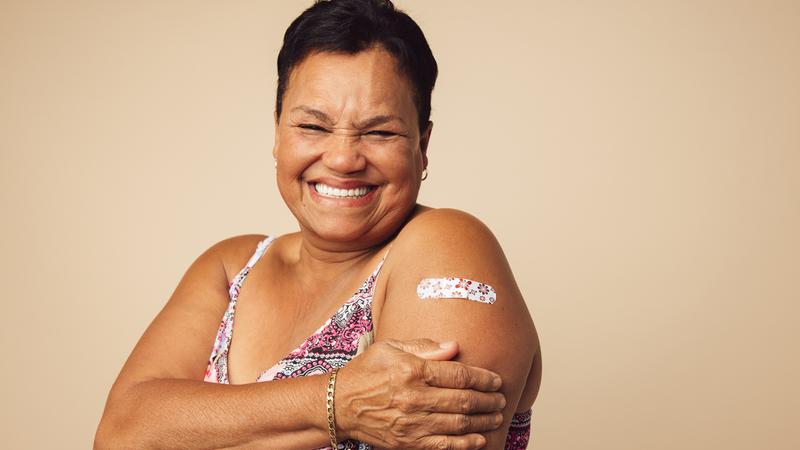 Thanks to a global vaccination effort, polio was eradicated in the U.S. since 1979 and in most of the world since the 2010s. But in July 2022, a patient in Rockland County, NY, was diagnosed with polio that caused paralysis—a grim indication that the virus is circulating and that many more people are infected.


Approximately 90% of people infected with polio do not have symptoms. While 9% develop symptoms and recover, 1% will develop severe, permanent muscle weakness or paralysis. For example, former U.S. President Franklin D. Roosevelt got polio in his 30s and, for the rest of his life, had to use leg braces and a cane to walk.


It is presumed that, while traveling, he came in contact with someone who had received a live, weakened (attenuated) virus vaccine, which is no longer used in the U.S. In approximately 1 in 1 million recipients, the live virus can mutate into wild type polio or wild poliovirus (WPV). Only 111 such cases had been reported worldwide since 1962 out of millions of vaccinations.


Since the year 2000, the U.S. has only used an inactivated virus vaccine. This type of vaccine cannot make people sick.


When large populations are vaccinated, one case of polio is disturbing but not cause for panic. However, when we see a case that causes paralysis—which only happens in 1% of cases—we know there are dozens if not hundreds more infected people.


Proof is already turning up in Rockland County. Wastewater samples from multiple people show evidence of infection. Asymptomatic patients are spreading the virus, infecting unvaccinated people, and giving the virus opportunities to mutate.


If you and the people around you are vaccinated, your risk of infection is very low. And, as the COVID-19 pandemic reminded us, getting vaccinated and following basic hygiene best practices can reduce the risk of life-threatening viruses such as polio.

Once the most feared #virus due to high rates of #paralysis and death, #polio was eradicated in the U.S. in 1979. Global #vaccination dropped the case rate by 99.9%, and it is up to all of us to keep it that way: https://bit.ly/3pvpabX.

A brief history of polio and vaccination.

Poliovirus passes between people by mouth, through feces (poop), or in contaminated food or water. It invades the nervous system and can cause severe, permanent paralysis of the muscles, including those used to breathe.

Survivors of polio may need daily living support that ranges from leg braces to using a wheelchair or needing mechanical breathing support. Though the “iron lung” breathing machine has evolved to the modern ventilator, photos from just 50 years ago of kids unable to breathe on their own is a stark reminder of why vaccination is so important.

Here’s a brief history of how today’s polio vaccine came to be:

In 1988, global organizations such as Centers for Disease Control and Prevention (CDC), World Health Organization, and Rotary International united in the Global Polio Eradication Initiative. Since then, rates of cases have dropped 99.9% worldwide—from 350,000 annually to fewer than five per year.


No cases of people getting infected in the U.S. with WPV have been reported since 1979, though travelers have brought the virus stateside. Mass vaccination has prevented outbreaks in the U.S. since the 1950s. The virus is endemic (circulates regularly) in just two countries today: Afghanistan and Pakistan.


Without global vaccination, the CDC estimates that approximately 18 million healthy people today would have been paralyzed by poliovirus. As we have seen with the Rockland County case, the virus is not gone forever. Because of vaccination, people are now in control—and it’s up to all of us to keep it that way.

Approximately 90% of infected patients will not notice symptoms. But 9% will develop symptoms that range from mild to severe and can include:

Symptoms can appear up to 30 days after exposure and can rapidly escalate to paralysis within days to weeks of symptom onset. One in 100 patients develops paralytic polio, which can be fatal or cause permanent disability.

For vaccinated patients, the risk of polio infection in the U.S. is very low. Most people born here since 1954 were vaccinated in childhood, which is the primary reason why it’s rare to hear of polio cases here. Polio vaccination is required to start school, and the CDC recommends children vaccination at the following ages:

If you’re unsure of your vaccination status, ask your doctor to help you check. If you have not been vaccinated or have not had all four doses, schedule an appointment to get vaccinated as soon as possible.

Along with vaccination, follow the basic hygiene steps that were reinforced during COVID-19:

Vaccine hesitancy across many diseases that have been long gone in the U.S., such as measles and mumps, has led to outbreaks that put young, elderly, and immunocompromised patients at risk of infection. We all must do our part to ensure polio does not come back strong in the U.S.

Do you or a loved one need to be vaccinated against polio?

Our providers are here to help.