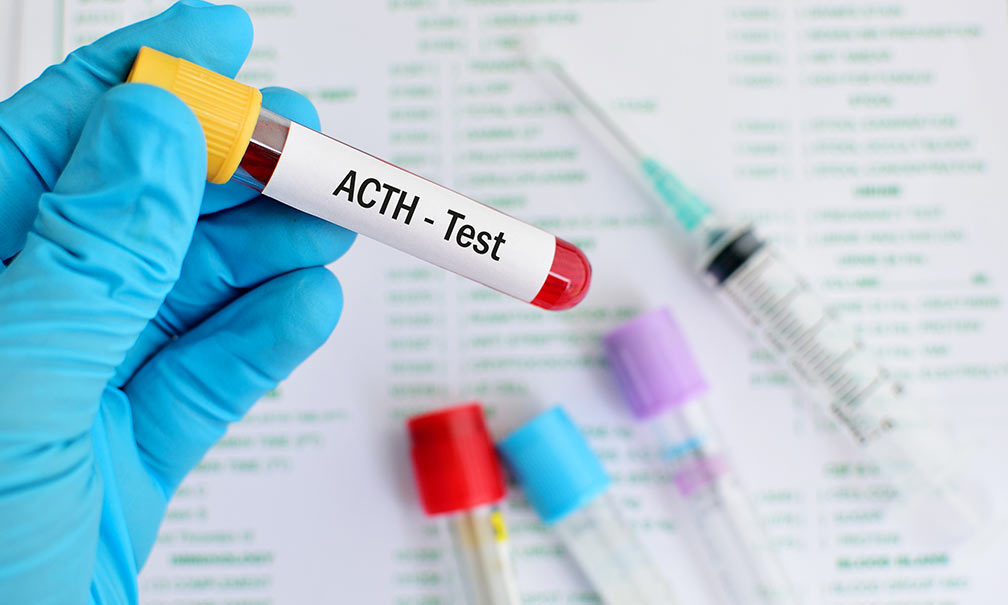 The pituitary gland is a tiny organ, only about the size of a pea, located at the base of your brain. I think of the pituitary gland like the conductor of a mighty orchestra. As part of the endocrine system, the pituitary gland produces many hormones that travel throughout the body and direct other glands to work. Ordinarily, it’s a great system—unless that conductor starts misdirecting the orchestra, which can happen if you have a pituitary tumor.

Pituitary tumors usually aren’t cancerous, but that doesn’t mean they don’t require treatment. When we know which types of tumors we’re dealing with and how they behave, we’re better able to treat them. We classify pituitary tumors as either functional or nonfunctional.

The classification of a pituitary tumor depends on whether it produces too much of a hormone normally produced by your pituitary gland. The pituitary gland produces hormones to regulate many systems in your body, including:

How we diagnose pituitary tumors

On occasion, we detect pituitary tumors during a test for other conditions, such as a magnetic resonance imaging (MRI) scan for a patient who has headaches that might not be related to a pituitary tumor. Many times, however, the process starts with an exam.

We may test for a particular hormone if we see a patient with obvious signs of a functional pituitary tumor. If the symptoms aren’t as obvious, we may need to test for all pituitary hormones. Symptoms we look for include:

#Breastmilk production in a woman who isn’t pregnant or hasn’t had a baby recently is a possible sign of a #pituitary tumor. bit.ly/2KEBhyb via @MedStarWHC

Blood and urine tests can tell us whether you have too much or not enough of a particular type of hormone. After that, we move on to dynamic blood testing, which involves the collection of blood samples over a several-hour period so we can measure changes in hormone levels.

Next, we need to get detailed images of the pituitary gland, so we can be sure whether you have a tumor, where it’s located and how large it is. These images may come from:

If you have a pituitary tumor, we need to make sure it’s not causing vision loss. Because nonfunctional tumors often don’t cause symptoms that patients notice, they might grow large enough to compress other areas of the brain, such as the optic nerve. This nerve transmits images from the eye to the brain. A large nonfunctional pituitary tumor can press on the optic nerve’s fibers, leading to loss of peripheral vision, or can invade the blood spaces surrounding the pituitary tumor (cavernous sinuses), occasionally affecting the nerves controlling eye movements, leading to double vision.

Large #pituitary tumors can cause #doublevision, loss of #peripheralvision or other #vision problems. via @MedStarWHC

A nonfunctional pituitary tumor might not need to be removed right away, depending on its size and location, as well as any symptoms you may have. A functional tumor, however, always needs treatment because of its effects on your body’s hormones.

How we treat pituitary tumors

Most other pituitary tumors need to be removed surgically, so it’s important for your treatment team to include an expert neurosurgeon. Your neurosurgeon likely will be able to remove your tumor through a minimally invasive technique, which can offer faster recovery times than traditional pituitary surgery, along with no visible scarring. We’re fortunate to have Dr. Edward F. Aulisi, one of the country’s leading experts in pituitary surgery, overseeing our neurosurgery team.

Our surgical treatments for pituitary tumors include:

The improvements we see after the removal of a pituitary tumor can be extraordinary. For example, I saw one patient who was in her 50s and, other than her well-controlled diabetes, had previously been perfectly healthy. Then she gained a lot of weight, and her muscles became so weak that she first needed a wheelchair, then couldn’t get out of bed at all. Her diabetes progressed out of control, and she developed high blood pressure and dangerous blood clots. We detected an ACTH-secreting pituitary tumor that had caused her to develop Cushing’s disease and led to her many health issues. After the patient’s tumor was removed and her hormone levels went back to normal, she started to recover. Now, after a year of intensive physical therapy, this patient is able to walk again, she no longer has high blood pressure and her diabetes is back under control. It’s a remarkable turnaround, and it’s just one of many such stories I’ve seen unfold after successful treatment for pituitary tumors.

The pituitary gland may be little, but it’s critical to your body’s normal function. Through our team-based approach of identification and treatment, I’m confident that we can help more patients overcome these tumors and live a healthy life.