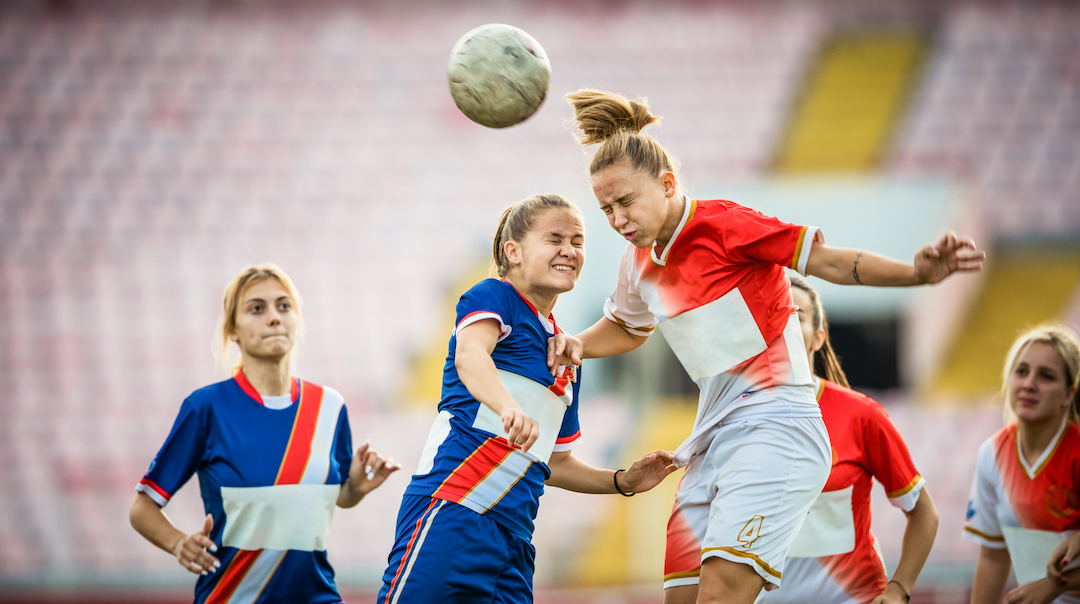 Chronic traumatic encephalopathy (CTE) is increasingly in the news—often in connection to severe mood and behavior changes in former athletes. You may be asking the same question as many people within and outside of the scientific community: Why?


Like Alzheimer’s and Parkinson's disease, CTE is a neurodegenerative condition. This brain disease occurs when the nerve cells that help you think, feel, and move gradually break down. When these cells stop working, patients may experience personality changes and lose memory and muscle control.


Unique to CTE is what appears to cause this cell breakdown: recurring head trauma, compounded by age and genetics. Because of these factors, older athletes and veterans are more at risk.


Our medical understanding of CTE has come a long way, but we have a lot to learn. Currently, CTE can only be diagnosed after death. As we study its symptoms and causes, our goal is to diagnose the disease in living patients and develop treatment options and more effective preventive strategies.

Research continues to show that recurring concussions, in addition to blows to the head that don’t result in a concussion, can lead to neurodegeneration over time. These injuries are commonly sustained during contact sports such as football, boxing, soccer, and hockey, and military service, as soldiers are often exposed to multiple explosions.

A 2017 study examined 111 brains from former NFL players and found evidence of CTE in 99% of them. Two years later, after studying more brains of former amateur and professional football players, researchers determined that for every 2.6 years of heavy contact sport play, the risk of CTE doubles. The cumulative effect of continuous head injuries throughout several years of play is what contributes to the deterioration of nerve cells.

Less CTE-specific data exists for veterans, as symptoms are similar to those of post-traumatic stress disorder, a primary area of study. However, CTE continues to be found in veterans’ brains and the Defense and Veterans Brain Injury Center reported almost 414,000 traumatic brain injuries in U.S. service members between 2000 and 2019. The Department of Veterans Affairs is dedicating more research to the long-term impact of these injuries.

CTE is characterized by four stages of symptoms:

Symptoms occur when the nerve cells that control specific functions are damaged. Nerve cells use complex networks within the brain to send signals to each other to initiate different behaviors, thoughts, and actions. The damage caused by a concussion prevents some of these cells from sending signals and alters the structure of a protein within the cells called tau.

When tau proteins change shape, they detach from the cells and start moving along the brain’s networks, forcing other cells to stop functioning and causing more tau to break free and build up. Every form of neurodegeneration is like taking the yellow line or the red line on the subway; an abnormal protein gets a “ticket” to a particular brain network, and wherever it starts and stops determines a patient’s symptoms and disease course.

All neurodegenerative diseases function this way—the difference is the pathway they follow. Think of starting at the Bethesda Metro stop and going to Union Station vs. starting at Shady Grove and going to Bethesda; it's the same red line, but you get there differently. Depending on the cells damaged by a disease’s pathway, some patients’ cognitive functions are heavily disrupted, while others experience more movement difficulties—and if it’s the same “line” or type of neurodegeneration, may end up with the same set of symptoms in the end.

Neurons within the brain’s visual processing and coordination network are often damaged when a concussion occurs, which is why many people experience symptoms such as dizziness and vertigo in addition to cognitive dysfunction such as memory loss. Repetitive injury over time and evaluating the ‘pathway’ of a patient’s symptoms help us find patterns that match the stages of CTE and distinguish it from other conditions.

Recurring #concussions can cause CTE, a #neurodegenerative disease that spreads through the brain in the same way you ride the train. Learn how it affects mood and movement over time: https://bit.ly/3o9G0Mt.

Aging and genetics can increase the risk of CTE.

A key reason we see higher rates of neurodegeneration in older populations is because aging is a long, slow neurodegenerative process. It’s natural “wear and tear” on the brain. My 99-year-old grandmother, for example, does not have dementia but she can’t remember things as well as she did 20 years ago—however, she recalls the 1920s perfectly.


Not everyone who experiences recurring brain trauma develops CTE, so genetics are likely another factor. Research is underway to identify genes that increase a patient’s risk of CTE in the same way that the APOE-e4 gene increases the risk of Alzheimer’s disease; the same gene may also increase the risk of CTE.

Humans are living longer than ever before, but natural selection hasn’t caught up with today’s average life expectancy. Gene variants that could protect against age-related diseases aren’t typically passed on because there hasn’t been a need until relatively recently, in respect to longevity.

A collaborative approach to cognitive care.

Managing emotions can be difficult at any age. It gets even harder when concussions continually disrupt the networks your brain uses to help you control them—especially later in life when you’re living with more challenges.

We can’t completely avoid the risk of concussion, but we can minimize it through safer sports equipment and practices, educating more people about the long-term effects of concussions, and providing exceptional concussion recovery care.

A multidisciplinary approach is critical. With physical and occupational therapists, social workers, psychologists, and neurologists working together as a team, we have a better chance of catching early warning signs such as mood and memory changes.

Neuropsychological testing is one of the best ways to assess brain function and help us understand which brain networks are being affected by cell degeneration. It evaluates everything from reasoning and reading to problem-solving and personality shifts.

Several studies are looking to develop effective testing methods based on biomarkers such as spinal fluid and blood. Some research has found that people who have concussion damage have higher levels of certain proteins in their blood: tau, neurofilament light, and glial fibrillary acidic protein. Developing standard tests for these protein levels could help us detect CTE in living patients.

Stronger imaging is important as well; if we had the ability to see a buildup of tau protein forming in a patient’s brain in a pattern reflecting the stages of CTE, we could prevent further cell breakdown that would push them into later stages of CTE.


As interest in CTE grows, so does our understanding. But until we develop the necessary tests and tools, it’s important to seek care that is already available and improving patients’ quality of life, from customized concussion treatments to neurological exams.

Has a traumatic brain injury affected your quality of life?