Why Antibiotics Arent Always the Answer

Why Antibiotics Aren't Always the Answer. 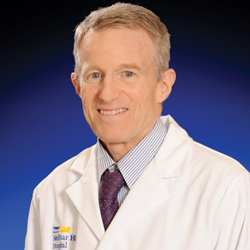 When you get a cold or the flu, you want to get better as soon as possible. Many people, at the first sign of illness, call their primary care physician looking for an antibiotic. But antibiotics don’t work for every illness and may do more harm than good.

“A lot of people think that no matter what their symptoms are, antibiotics will speed up the recovery process,” explains Primary Care Physician Robert Dart Jr., MD. “Antibiotics truly are wonder drugs, but they are only helpful if you have an infection caused by bacteria. Common health problems, such as colds and the flu, are caused by viruses. Antibiotics don’t work against viruses. While taking an antibiotic may make you feel like you’re doing something to get better, it’s not helping at all.”

In fact, taking antibiotics may make you feel worse. Like every other drug, antibiotics can have bad side effects, including severe diarrhea and serious allergic reactions.

Up to one-half of antibiotic use in humans is inappropriate, according to the Centers for Disease Control and Prevention (CDC). Each year in the United States, 47 million unnecessary antibiotic prescriptions are written, which has led to another serious problem: drug-resistant bacteria.

“About 23,000 children and adults in the U.S. die each year from drug-resistant infections,” Dr. Dart notes. “Because of excessive exposure to antibiotics, some bacteria have changed enough that antibiotics no longer work against them. So, as part of a nationwide effort to reduce the number of serious infections due to drug-resistant bacteria, many healthcare providers are prescribing antibiotics less frequently.”

If you feel miserable, it’s still wise to see your primary care physician. Just because your healthcare professional doesn’t give you an antibiotic doesn’t mean you aren’t sick. “We have other ways to help you feel better,” says Dr. Dart. “My job is to help patients understand when to allow the body to heal itself and when an antibiotic is truly needed. I always tell my patients, ‘it takes seven days to cure a cold without antibiotics. With antibiotics, it takes a week.’”