How We Diagnose and Treat Patients with Chronic Pancreatitis 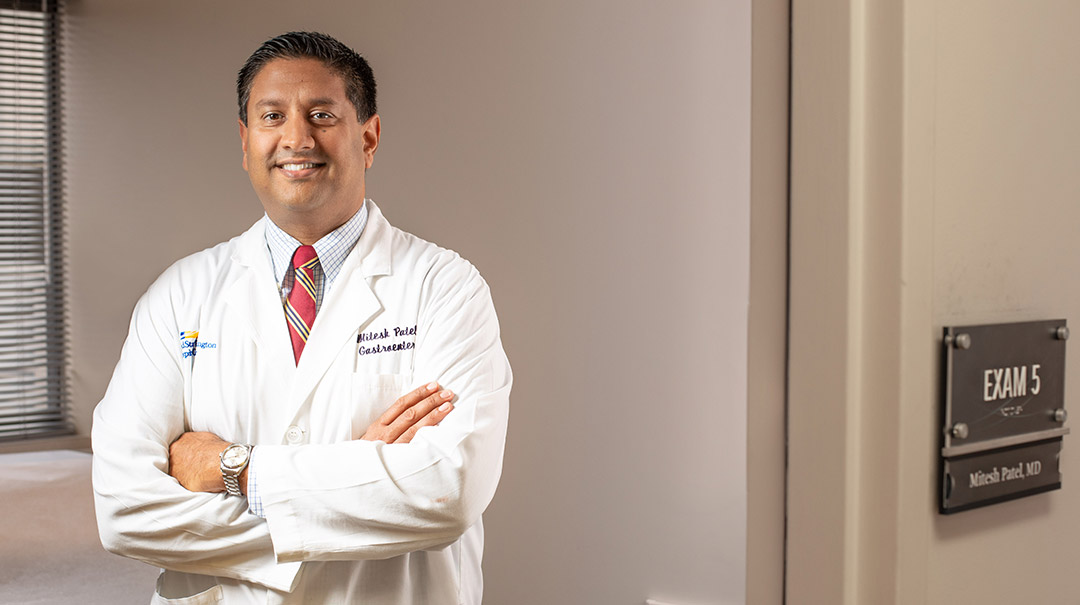 In people who have a condition called chronic pancreatitis, the pancreas becomes inflamed and doesn’t work like it should anymore, even after treatment. This can lead to serious—even life-threatening—problems without specialized care. It’s important to understand the symptoms and risk factors, so you can reduce your chances of developing the disease or better manage it if it’s already developed.

What are the symptoms of chronic pancreatitis?

The most common symptom of pancreatitis is severe pain in the upper belly. This pain may go through the body and into the back. When the pancreas isn’t working correctly, the body can’t break food down properly, and so patients often report nausea and vomiting. The body realizes it can’t digest what you’re consuming, so it gets rid of whatever you put in. Some people also report diarrhea and oily stools.

In severe cases, pancreatitis attacks can lead to unintended weight loss and severe dehydration, made worse by the fact that you may not be able to drink water and get rehydrated without vomiting again. If you notice these symptoms, get to an emergency room as soon as possible for treatment.

Without proper care, chronic pancreatitis can lead to serious problems, such as severe pain and malnutrition. Over the long term, people with this condition are at risk for developing diabetes and pancreatic cancer.

Who is most at risk for chronic pancreatitis?

The main risks for chronic #pancreatitis are drinking too much #alcohol and #smoking cigarettes. https://bit.ly/2BTPhQz via @MedStarWHC

The symptoms caused by chronic pancreatitis are similar to those of other medical conditions, so it’s important to get help from a center that has expertise in the kind of diagnostic testing needed to identify these disorders. We’ll start with a full physical exam, including your history of symptoms and any family history of pancreatic conditions. If we suspect pancreatitis, you may need blood tests to measure the level of digestive enzymes your pancreas is producing, as well as urine and stool tests.

Imaging tests, such as magnetic resonance cholangiopancreatography, or MRCP, can give us views of the pancreas, gallbladder and other areas. Your doctor also may order a test called endoscopic retrograde cholangiopancreatography, or ERCP, which uses a long, flexible tube called an endoscope placed down the throat and into the stomach and small intestine to see what may be causing your symptoms.

If we find that you have chronic pancreatitis, it’s something you’ll have to manage for the rest of your life. The pancreas is permanently damaged, and it can’t heal itself. So you’ll have to take steps to reduce the stress placed on the pancreas. Two steps I urge my patients with this condition to take are to stop drinking alcohol and stop smoking cigarettes.

You’ll also likely need ongoing treatment to make up for your lowered pancreatic function. If the pancreas doesn’t create enough enzymes to help with digestion, your doctor can prescribe medications called pancreatic enzyme supplements. These medications, which you take with food, act almost like a replacement pancreas and help the body get the nutrients it needs from food. I’ve had patients with severe chronic pancreatitis who have seen dramatic improvements to the quality of their lives once they started taking this medication.

But if that’s not enough, we do have other options. Patients who have severe pain or uncontrolled diabetes or weight loss and who don’t see any improvement after enzyme-replacement therapy may benefit from surgical treatments, such as a pancreas transplant.

You also may be a candidate for a procedure called autologous islet-cell transplant. This procedure involves a surgical team removing the pancreas and, in the laboratory, removing the cells that produce insulin and implanting them in the liver. There, the cells function normally and produce insulin as if they still were in the pancreas. Our sister hospital, MedStar Georgetown University Hospital, is a known center of excellence for this treatment.

Chronic pancreatitis can have serious and long-lasting effects. But with lifestyle changes and effective treatments, patients with this condition can reduce their pain and live a more normal life.

If you think you may have chronic pancreatitis or another condition affecting the pancreas, call 202-877-3627 or click below to make an appointment with a gastroenterologist.