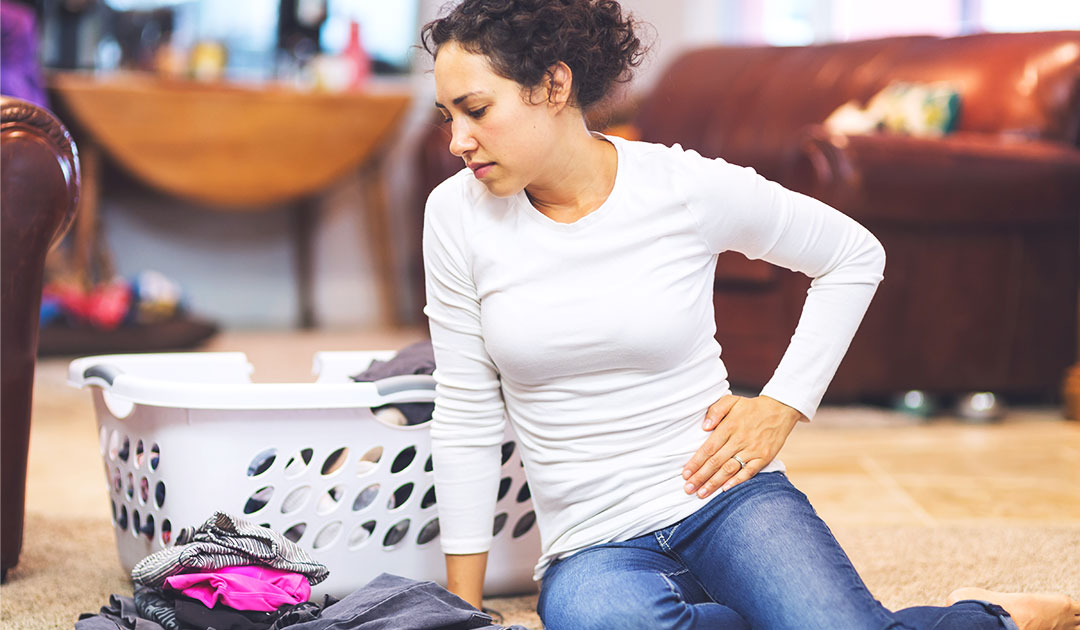 Imagine feeling one or more of these symptoms in your pelvic area up to 95 percent of the time:

That’s the reality for women with chronic pelvic pain, which can be constant or can arise during sex or when using the bathroom. To be considered chronic pelvic pain, symptoms must last at least six months. And often, symptoms aren’t limited to the pelvic area. Patients experiencing pelvic pain commonly experience shortness of breath or feel the pain go down their back or legs, or shooting into the stomach or buttocks. Imagine the effect this can have on a woman’s time at work or missed opportunities with family and friends!

In many cases, it can be difficult for patients and doctors to pinpoint the location of the pain and its specific cause. Even more frustrating for women is that chronic pelvic pain can be a condition in its own right or a symptom of another disease, such as endometriosis or uterine fibroids, which are compact tumors in the uterus.

However, treatment is available to make symptoms more manageable. At MedStar Washington Hospital Center, women can access multiple specialists who focus solely on the treatment of chronic pelvic pain, including urogynecologists and a urologist who specializes in women's health. Our goal is the same as our patients’: to help women get back to living their lives with less pain.

Who is most at risk for chronic pelvic pain?

Those who are most at risk for chronic pelvic pain include women who are:

Currently, there is no genetic testing to help determine a patient’s risk of chronic pelvic pain. An interesting phenomenon is that you could have endometriosis or uterine fibroids and not have pelvic pain, or you could have pelvic pain and have a very mild condition that causes it. There is no direct correlation between severity one way or the other, which means diagnosis and treatment must be personalized to each patient.

Some studies suggest that environmental factors are associated with chronic pelvic pain, such as being exposed to organa pollutants, or organophosphorus, which are found in some sunscreens. I’m not saying don’t use sunscreen, but be cognizant about the products you choose.

What treatments are available?

To treat chronic pelvic pain, we must first identify the cause. If we can identify that it’s a symptom of another pelvic condition, we might start with a non-steroid anti-inflammatory (NSAID), such as ibuprofen. We also might recommend physical therapy, which can help with some types of chronic pelvic pain.

If medication or physical therapy aren’t enough to relieve a patient’s symptoms, the next step is minimally invasive surgery, in which we make tiny incisions that are less than an inch long in the stomach and one in the belly button in order to detect and remove fibroids or endometriosis. Patients go home the same day within two to four hours and experience very little blood loss.

It’s important to treat chronic pelvic pain, because its symptoms can have a negative effect on a person’s time with family and friends, bit.ly/2MraRQL via @MedStarWHC


What happens after surgery?

Unfortunately, treating the root cause of pelvic pain doesn’t always reduce the pain enough. Women may need additional follow-up care, such as:

Regardless of the chosen treatment method, many women still experience pelvic pain. To address this problem, we use a multi-specialty approach to get patients to a level at which they can function comfortably. Some of these specialists include pelvic physical therapists, gastroenterologists, urologists, and interventional radiologists. For example, the worst endometriosis is called stage 4 endometriosis. We have treated women with this condition through minimally invasive surgery in which we removed the endometriosis. Many of these women now experience limited pain and feel functional on a daily basis.

There is fascinating research being done right now in which researchers are testing women’s RNA fragments through blood or saliva samples. The idea is that if we can analyze and sort the fragments of RNA, which is nucleic acid in your blood, we can find out whether someone’s pelvic pain is due to endometriosis. This would allow us to make more diagnoses without surgery.

If RNA testing proves to be valid, it also could allow us to determine a patient’s progress after surgery. For example, a woman could be tested six months to a year after treatment to see if her endometriosis was still cured without us having to operate again.

Call 202-877-6526 or click below to make an appointment with a gynecologic specialist.