Is It Hemorrhoids–or Something Else 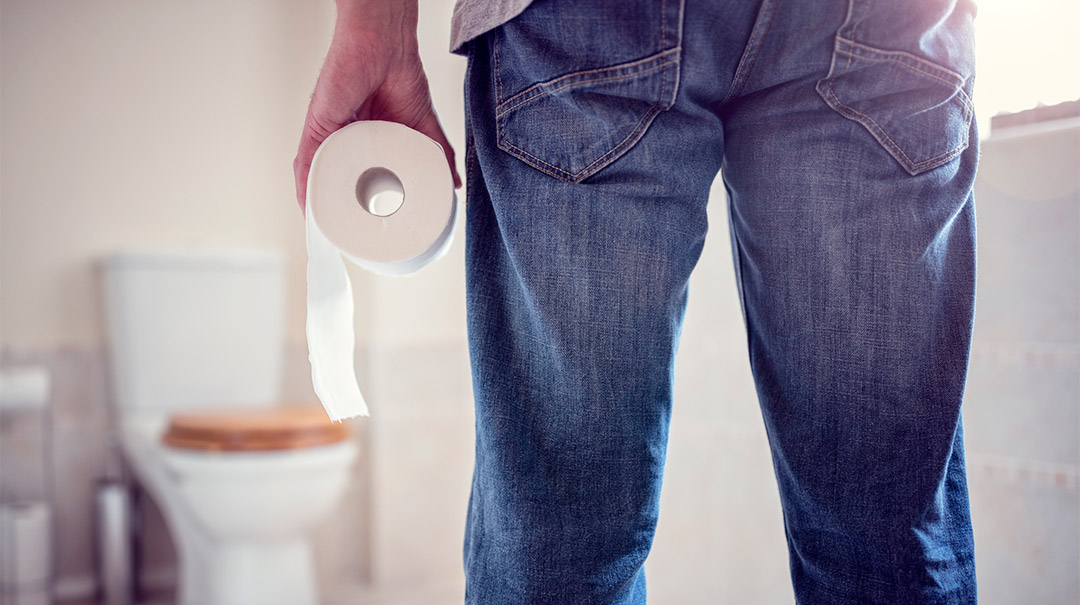 It can be a shock to look down at the toilet paper after going to the bathroom and seeing bright red blood—a classic symptom of hemorrhoids. But hemorrhoids are no big deal, right? Just wait a few days, maybe pick up some cream from the pharmacy, and life will go back to normal. Unfortunately, it’s not that simple.

We are all born with small veins supplying the anus and rectum. However, over time, the tissue above the vein becomes weak and the veins enlarge and bulge. This is how a hemorrhoid develops. If something agitates them, they can cause symptoms such as rectal bleeding, soreness and itching. Hemorrhoid symptoms are similar to the symptoms of other conditions that are much more serious or can even endanger your life.

About 75 percent of adults will have symptomatic hemorrhoids to some degree in their lifetimes. Of these, only about one-third will need medical attention to treat the problem. So how do you know when to get medical help?

Anytime there’s bleeding from the gastrointestinal (GI) tract, which includes the anus and rectum, that’s concerning to me as a gastroenterologist. If a patient comes in and reports this kind of bleeding, we have to think about the much more serious issues that also can cause bleeding in this area, such as:

Patients who come to see me for rectal bleeding or pain need a thorough examination, which includes us discussing how long their symptoms have been going on and whether additional concerns have developed. For example, long-term bleeding can cause anemia, a shortage of red blood cells. Our blood tests can tell us approximately how long this process has been going on, which often is longer than patients have noticed the symptoms. The length of time can give us a clue as to whether it’s a case of hemorrhoids or something potentially more serious, and it can let us know if we need to do more testing.

Hemorrhoids treatment and reducing your risk

The first step, however, is talking to your primary care or family doctor about these symptoms. Most of the time, they’re signs of hemorrhoids, which a primary care doctor usually can treat successfully. If you have hemorrhoids, you likely don’t need to see a specialist like me at first.

The connective tissue that keeps hemorrhoids in their place can get thinned out for many reasons. Straining to have a bowel movement is a common cause. Constipation, which we define as having three or fewer bowel movements in a week, is another frequent trigger for hemorrhoids. The way toilets are built also can contribute to the problem. The bowl of a toilet doesn’t support your bottom the same way a chair does. When you sit on a toilet, the perineum—the area between the thighs where the anus and rectum connect—can drop an inch or two into the bowl area while you have a bowel movement. That strains the connective tissue and can lead to symptomatic hemorrhoids over time.

Of course, diet also plays a role in developing the symptoms of hemorrhoids. Not getting enough fiber in your diet can make the stool in your colon bulkier and drier, which increases the chances of becoming constipated. If you’re not drinking enough water, your colon will pull more out of the food you eat, which leads to the same problem.

Controlling your hemorrhoids symptoms usually focuses on addressing the causes of constipation. Your doctor likely will recommend that you increase the amount of fiber in your diet. Vegetables and fruits, particularly fruits with peels, are a great way to increase the amount of fiber you eat. Foods with bran and oats, such as bran cereal or oatmeal, also pack on the fiber. If dietary changes aren’t enough, or for people who aren’t ready to change their diets, over-the-counter fiber supplements like Benefiber or Metamucil can help.

Adding #fiber to your diet and drinking plenty of fluids can help relieve #hemorrhoids symptoms. via @MedStarWHC

And, of course, one of the best ways you can help your colon move waste out of the body is to exercise. The colon is a hollow tube of muscle, and it squeezes to push fecal matter along. Going for a walk or bike ride, taking an aerobics class or any other form of sustained exercise helps promote good colon health.

If you try these measures for a few weeks with no improvement, or if your symptoms change suddenly, getting help from a gastroenterologist is the next step. But whatever you do, don’t just ignore these symptoms. Getting help early not only can improve your quality of life, but it also can help us catch potentially serious problems quickly and safely.