How a gastroenterologist can help relieve heartburn

How a Gastroenterologist Can Help Relieve Heartburn 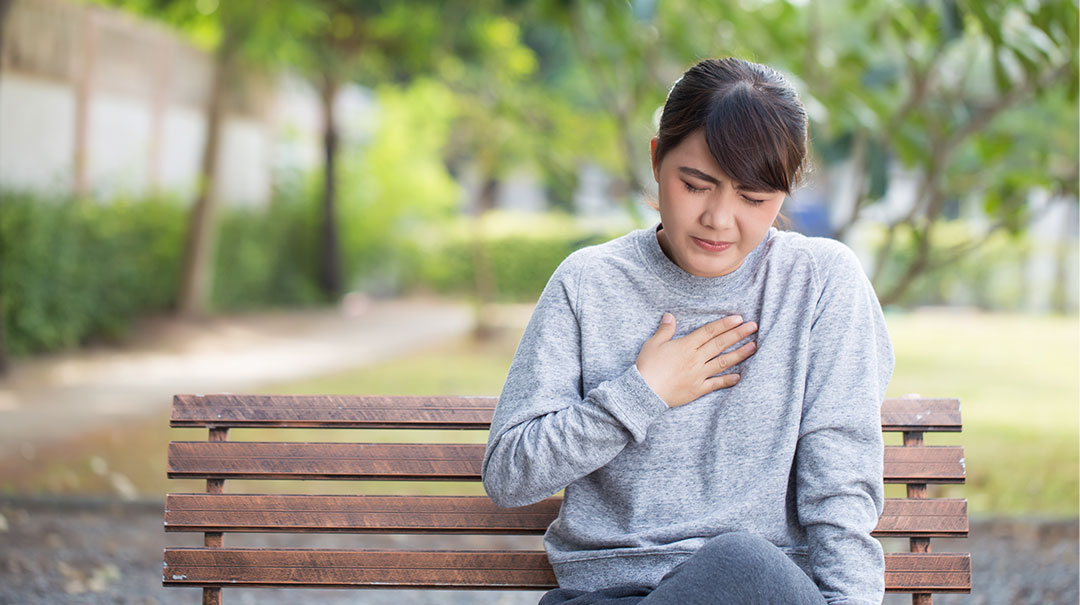 Does this sound like a typical day? Maybe you take an antacid with your morning coffee, a Zantac with lunch or a Nexium with dinner—perhaps a combination of tactics to keep heartburn at bay. If this sounds familiar, you’ve got a lot of company. It’s estimated that about 20 percent of American adults have heartburn symptoms at least once a week.

Over the long term, heartburn can increase your risk for serious health conditions, including cancer. That’s why it’s important to see a gastroenterologist and get frequent heartburn under control.

This splash-back process is called acid reflux. It can happen because the esophagus opens and closes with a ring of muscle that we can’t control called the lower esophageal sphincter, or LES. As you eat and swallow, you naturally swallow some air, and the LES relaxes five or six times an hour. People who have acid reflux on a daily basis may have many more of these relaxations—up to 20 in an hour. The more the LES is relaxed, the easier it is for stomach acid to get into the esophagus and cause the burning sensation of heartburn. 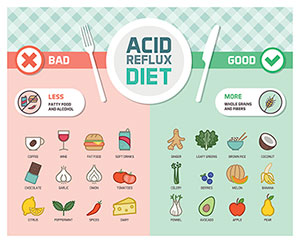 Heartburn often can be triggered by a specific type of food, such as:

But for some patients, everything they eat causes heartburn. Being overweight or obese, especially if you carry extra weight in the upper torso, also can increase the risk of having heartburn. Chronic dry mouth—a common complaint of smokers—also contributes to the frequency and severity of heartburn, because saliva produced in the mouth naturally can shield the esophagus from some of the effects of stomach acid.

There are many over-the-counter treatments available for heartburn. However, when patients tell me they’ve been treating heartburn on their own with antacids for many years, that’s a big red flag that something more serious might be going on.

Acid reflux and gastroesophageal reflux disease, or GERD (a chronic heartburn disease) do more than just cause heartburn, even though that’s all you may feel. The lining in your esophagus is delicate, and with repeated injury from acid reflux, the cells in that lining can transform into cells that are more like those in your stomach or intestines. This change is known as Barrett’s esophagus, and it can increase the risk for developing a dangerous form of esophageal cancer called esophageal adenocarcinoma.

Long-term self-treatment for #heartburn may be a sign of serious complications, including #esophagealcancer. bit.ly/2nCdxjy via @MedStarWHC

We’re seeing more cases of Barrett’s esophagus and esophageal adenocarcinoma, and we’re seeing more people dying from this form of cancer as well. That’s why it’s so important to see a specialist like me for help with long-term heartburn.

Some of the common over-the-counter drugs patients often use for years before visiting a specialist include:

When PPIs came on the market in the 1980s, they were considered wonder drugs. They quickly were classified as over-the-counter medications, available like aspirin or ibuprofen without a prescription. But we’ve started to see study results that show potential links between these medications and an increased risk for complications in certain populations, including:

Researchers are trying to determine whether PPIs actually cause some of these complications or if the link is coincidental. Because of the potential risks of these conditions, doctors have to think about how to get their patients off of PPIs over time if possible.

Managing heartburn and reducing your risk

Your doctor may recommend one or more diagnostic tests if you’ve had heartburn symptoms for a long time. A test called an esophagogastroduodenoscopy, or an upper endoscopy, can let us know whether your esophagus is damaged and, if so, how much damage it’s sustained. That can help us decide the best treatment options.

I work with my patients to make better lifestyle choices and avoid complications from acid reflux or GERD. Two of the most important approaches I recommend for my patients with heartburn are to maintain a healthy weight and, if they smoke, to quit. It’s often helpful for patients to keep a food diary for a period of time, so we can track what foods are more likely to cause their symptoms. Once we know the triggers, patients can avoid those foods. We’ll also track the severity of their symptoms:

Patients who have severe, chronic GERD symptoms may be good candidates for surgical treatment. The most common surgical procedure to treat GERD is called fundoplication. In this procedure, the surgeon uses a thin, flexible tube called a laparoscope to sew part of the top of the stomach around the lower part of the esophagus. This makes it less likely that acid will back up into the esophagus.

With time and collaboration with your gastroenterologist, it’s possible to reduce or even eliminate the burning and discomfort of heartburn and reduce your risk for the dangerous complications it can cause.

Do you need help for persistent or long-term heartburn? Call 202-877-3627 or click below to make an appointment with a gastroenterologist.