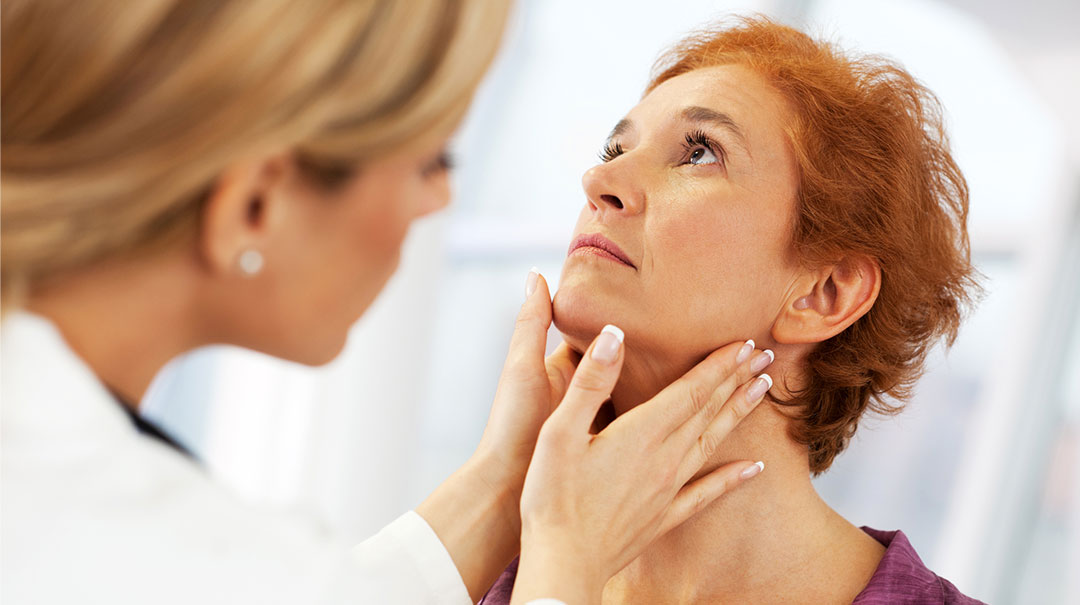 In May 2017, the U.S. Preventive Services Task Force (USPSTF) recommended that doctors not screen routinely for thyroid cancer in patients who don’t show symptoms of the disease. This recommendation came after the task force conducted a review of evidence relating to the diagnosis and treatment of patients with thyroid cancer.

I think the USPSTF did an excellent job with this process. And, for the most part, I agree with the task force’s recommendation. But it does raise some questions:

Let’s go through each of these questions individually, along with what I think is the best approach for thyroid cancer screening.

Why don’t we just test everyone for thyroid cancer?

The problem with testing everyone for thyroid cancer is that doctors likely would over-diagnose the disease, which already may be a problem. The rate of people being diagnosed with thyroid cancer has gone up dramatically in the past few decades. In 1975, 4.85 out of every 100,000 people were diagnosed with thyroid cancer, as shown by data from the National Cancer Institute’s Surveillance, Epidemiology, and End Results Program. In 2013, that number had skyrocketed to 15.31 out of every 100,000 people—an increase of more than 215 percent in less than 40 years.

The number of people diagnosed with #thyroidcancer has increased more than 215% in less than 40 years. via @MedStarWHC

Much of this increase in the number of diagnoses is thought to be due to better methods of detecting thyroid cancer growths, also known as nodules, with imaging technologies such as thyroid ultrasound. The idea is that we’re diagnosing more people because we can see more thyroid nodules than we could before, especially those that are smaller and earlier in the disease process.

Like any medical treatment, treating thyroid disease does come with some risk. Depending on how large a person’s thyroid nodule is, treatment may involve the surgical removal of either part of the thyroid (called a lobectomy) or the entire thyroid (called a thyroidectomy). Patients may have hoarseness of the voice or low calcium levels as a result of these treatments. The risks are lower with surgeons who have more experience with the procedure, but the risks do exist and are factored into the USPSTF’s recommendation against routine screening.


What do other organizations think about this recommendation?

Much of the USPSTF’s recommendation against routine screening for thyroid cancer rests on the idea that doctors are over-diagnosing the disease. But a response to the USPSTF’s recommendation by a team of researchers suggests that there has been an increase in both the rate of people being diagnosed with thyroid cancer and the rate of people dying from the disease—not just an increase in the diagnosis rate, as the USPSTF noted.

The team’s response indicates that more research needs to be done to explain these increases, rather than attributing them only to over-diagnosis. Factors such as increasing rates of obesity could play a role in more people having thyroid cancer. In particular, changes in patients’ genes suggest that exposure to certain chemicals could account for some of the new cases of thyroid cancer we’ve seen in recent years.

I believe there’s truth in both of these opinions. I think there has been some over-diagnosis of thyroid cancer in the past few decades. But I also think there are factors that could indicate potential increases in the number of people with this disease. So the best approach, in my view, is to use common sense to decide when we should screen patients for thyroid cancer.

The USPSTF’s recommendations only apply to patients with a low risk of thyroid cancer. Screening still is a good idea for anyone with increased risk factors for thyroid cancer. People who have been exposed to radiation, especially radiation to the head or neck area during childhood, should be screened for the disease. The term “screening” as used by the USPSTF generally means trying to identify thyroid nodules and cancer in an asymptomatic general population. However, this is different than trying to identify thyroid nodules and cancer in a specific population, for example, patients who have a family history of thyroid cancer or who have had a thyroid nodule identified for another reason.

As noted previously, chemical exposure may play a role in a person’s risk for thyroid cancer. Flame-retardant chemicals may increase a person’s risk, as can biocides, which are found in sanitizers, disinfectants and other cleaning products. This association is interesting, but a causal role has not yet been proven.

And, of course, we should test patients who are showing symptoms of thyroid nodules. Most nodules don’t cause symptoms, but patients with large nodules may experience:

I do agree that we shouldn’t perform thyroid ultrasounds on every patient who comes into the doctor’s office. While we could potentially locate thyroid nodules that way, screening every patient would lead to a high risk of over-diagnosis. For example, we might find in a 75-year-old patient a small nodule that would never grow large enough to cause any problems. Doing surgery to remove this sort of nodule may not be necessary.

The truth of most debates rarely lies at one or extreme or the other, and screening for thyroid cancer likely is no exception. No one wants to put patients through unnecessary treatment, but we also don’t want to miss diagnose cancer that we could have treated successfully. Striking a balance by following common-sense guidelines for screening is the best option that lets us do the most good for people with thyroid cancer.

Request an appointment with one of our endocrinologists if you think you may be at risk for thyroid cancer.