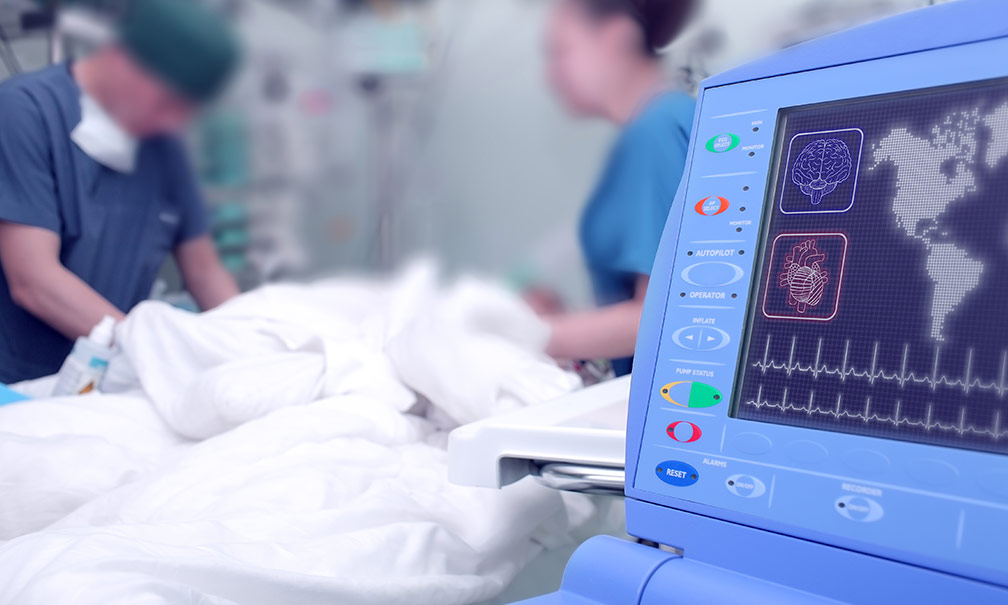 These are actual comments we’ve heard in the intensive care unit (ICU) from patients who were admitted after an accident, stroke or other trauma. Their delusions stemmed from an acute condition called ICU delirium, which is a sudden, intense confusion that can include hallucinations, confusion, and paranoia.

The list of causes for delirium is long. For example, we know that medications historically used in the ICU to treat patients can be associated with delirium. And the environment of the ICU itself can also lead to a patient being overwhelmed and confused, with lights beeping 24 hours a day and frequent changes of bandages or medical devices.

Research suggests that ICU delirium can affect as many as 80 percent of patients in the ICU. Understanding the symptoms of the condition can go a long way in raising awareness and identifying treatments.

How does ICU delirium develop?

While we don’t have a model to say “A causes B,” ICU delirium is the brain failing in response to other things going on within the body. The same blood that cycles to the brain travels to all the other bodily systems as well. For example, the harmful by-products of an infection in one area of the body has the potential to be carried to the brain in some cases. Though delirium is a problem of the mind, its roots often are found in other parts of the body.

We know delirium is associated with physical changes in the brain. A 2012 study looked at magnetic resonance imaging (MRI) data on patients who were diagnosed with delirium during an ICU stay. The study revealed that, after three months, the brain actually looked different when compared to ICU patients who did not have delirium. Clearly, there are long-term effects of this condition.

However, diagnosing ICU delirium involves more than watching for the telltale symptoms. Unlike other psychological disorders, ICU delirium can come and go. Mental fluctuations are a key component to identifying the disorder.

Any of the following could be a risk factor and must be considered for every patient.

You can’t tell if someone is delirious by looking at them, and often you can’t tell just by talking to them. There is a standardized, objective test we use to diagnose delirium. First, we look to see if they have had a change in their state of being calm, agitated, or sedated. Next, we determine whether a patient is attentive. We test patients’ ability to focus by seeing whether they can perform a simple task 10 times. Then, we measure disorganized thinking by gauging the ease with which patients can answer questions with obvious answers, such as:

We try to reduce a patient’s risk by providing whiteboards in rooms showing the day’s date, nurse and information, as well as TVs to keep them up on the news and help keep their mind sharp.

Quick treatment of ICU delirium is imperative. But, as with all conditions, prevention is the ultimate goal. We have implemented the ABCDEF bundle with ICU patients to potentially avoid long-term complications with ICU delirium.

When a patient is agitated, it might be because they’re in pain. If we can control their pain and use relaxation techniques instead of a sedative or antipsychotic medication, we might be able to reduce their risk of developing delirium and help manage their pain at the same time.

We check every day whether patients who are on breathing machines for life support can breathe on their own. If they can, we might take them off the machine or reduce its intensity because patients develop ICU delirium much more often when on a breathing machine—likely because of the inflammation it creates throughout the body. Also, for patients on a continuous IV infusion of sedatives, we check every day to see if the patient “needs” these medications or if they can be administered in an “as needed” regimen.

Medicines in the family of benzodiazepines, such as Xanax, have shown a strong link to the risk of ICU delirium. Sometimes these medications are needed, but we try to avoid them when we can. We often can use an alternative medication that’s safer for our patients. For example, Propofol has been shown to have less association with delirium than benzodiazepines and can be just as effective in achieving sedation when it’s required.

Delirium: Check for it

We monitor for the warning signs of ICU delirium with the Confusion Assessment Method for Intensive Care Unit, or CAM-ICU test. Research has shown it to be an excellent tool in diagnosing the condition among patients in the ICU.

It’s important that patients are up and moving around during their stay in the ICU, if possible. Activity can reduce the risk for delirium and could include participating in physical therapy or doing simple movements around their room with assistance from their nurse.

Since it’s affecting their own brain, a patient usually isn’t aware of their symptoms. Family members often notice, however. They may wonder, “Why is my loved one not themselves?” or “Why did they act like they didn’t know who I am?” If loved ones bring these concerns to us, we check right away for delirium. Family support also can decrease a patient’s risk for delirium.

One study found that teaching family members to recognize delirium symptoms and keeping familiar objects around, such as pictures of loved ones, cut the number of ICU delirium cases in half. Our ICU allows visiting hours around the clock to be sure our patients get the support they need.

#Physicaltherapy and other structured movement can help reduce #ICU patients’ risk of #ICUdelirium.
https://bit.ly/2KVufFf  via @MedStarWHC

As patients recover from the condition that put them in the ICU, their delirium may start to improve. However, having delirium during the hospital stay has been shown to increase the risk of death six months after diagnosis, which is why it’s so important to prevent it. Over time, patients also tend to have more cognitive and functional issues, such as short- and long-term memory loss.

I recommend ICUdelirium.org as a great resource for patients, practicing clinicians, and family members to see testimonials from patients, caregivers, and hospital professionals regarding the long-term outcomes of this condition.

If a patient is in the ICU, we want to help give them every opportunity to get back to being themselves. The last thing we want is patients going home and living with undiagnosed delirium. Make sure to alert your or a loved one’s doctor if you suspect the condition during or after a stay at the hospital.